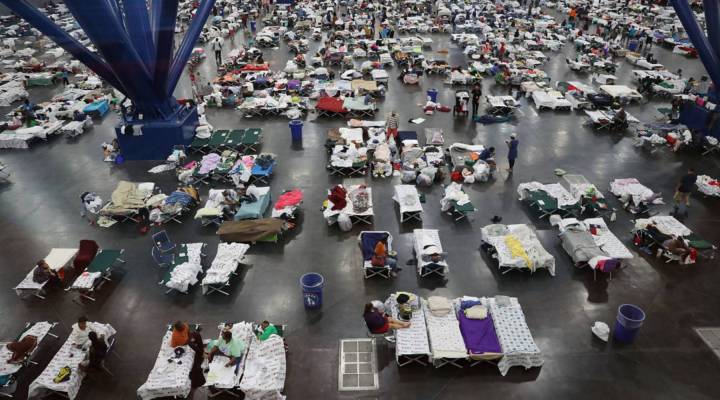 Undocumented immigrants who live and work in Houston may be feeling particularly vulnerable in the aftermath of Hurricane Harvey. Local officials have offered multiple reassurances that immigration status shouldn’t deter folks from asking for help.

But in the context of national discussions and actions, as well as a new statewide immigration enforcement law in Texas, you can understand the fear.

“We need to be very clear that the shelters are all open for everyone,” Garcia said. “No one is asking about immigration status.” This is a human crisis, she said, and the government’s going to help everybody in need.

According to the Pew Research Center, Houston has the third-largest population of undocumented immigrants in the country — about 575,000.

Immigrants, both documented and undocumented have been important to the Texas economy, said Steven Craig, an economics professor at the University of Houston. He said many undocumented workers there work in low-skilled jobs.

“And for flood recovery, that’s an important group of people for sure,” Craig said.

Consider all the construction work that’s going to need to happen when the water pulls back. Pew estimates about a quarter of unauthorized workers in Texas work in the construction industry.

Ann Beeson from the Center for Public Policy Priorities, which advocates for economic inclusion, points out that Houston is now the most diverse city in the country.

“That is part of its strength and part of its beauty,” Beeson said. “And we very much want to preserve that.”