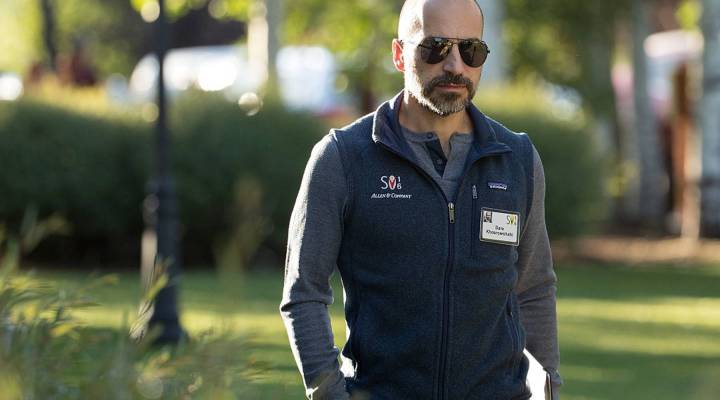 DETROIT (AP) — Expedia CEO Dara Khosrowshahi has been named Uber’s top executive, taking the difficult job of mending the dysfunctional ride-hailing giant and turning it from money-losing behemoth to a profitable company.

Uber’s fractured eight-member board voted to hire Khosrowshahi late Sunday, capping three days of meetings and the withdrawal of once-top candidate Jeffrey Immelt, former CEO and still chairman of General Electric, two people briefed on the decision said. They didn’t want to be identified because the decision had not been officially announced as of Sunday night.

Khosrowshahi has been CEO of Expedia since August of 2015. The online booking site is one of the largest travel agencies in the world.

He’ll replace ousted CEO Travis Kalanick and faces the difficult task of changing Uber’s culture that has included sexual harassment and allegations of deceit and corporate espionage. Uber also is losing millions every quarter as it continues to expand and invest in self-driving cars.

The company currently is being run by a 14-person group of managers and is without multiple top executive positions that will be filled by Khosrowshahi.

Khosrowshahi has served as a member of Expedia’s board since it was spun off from IAC/InterActiveCorp. two years ago. An engineer who trained at Brown University, Khosrowshahi helped to expand IAC’s travel brands which were combined into Expedia, the company’s website says. He also serves on the boards of Fanatics Inc. and The New York Times Co.

He immediately will face troubles on many fronts, including having to deal with multiple board factions that had once pushed Immelt and Hewlett Packard Enterprise CEO Meg Whitman. Several factions of the board are suing each other.

Whitman, an investor in Uber, denied multiple times publicly that she was interested in the job. Although she spoke to some board members remotely Friday night, they could not guarantee an end to their infighting or that Kalanick would not become board chairman, said another person with knowledge of the board discussions. That person also didn’t want to be identified because board discussions are supposed to be private.

Khosrowshahi also must bring together a messy culture that an outside law firm found was rampant with sexual harassment and bullying of employees. He also must deal with driver discontent, although Uber already has started to fix that by allowing riders to tip drivers through its app.

Our conversation with Khosrowshahi back in March: