It’s a beloved video game franchise that’s sold 100 million copies, lasted more than two decades, and produced one of the most recognizable voices in the entertainment world.

Mario Kart — a racing game where you can play characters from the Mario franchise, like Bowser, Princess Peach or Luigi — turns 25 on Sunday.

The game has changed a lot over the past couple of decades, but the main voice has stayed the same. Charles Martinet, the voice actor behind the titular character, has worked with Nintendo since 1990.

He told us that the character’s voice came to him spontaneously when he first went up for the part.

“I crashed an audition 27 years ago to do this. And my direction was: ‘Italian plumber from Brooklyn,'” Martinet said. “What popped into my head was, ‘Let’s go, mamma mia!’ And that was 27 wonderful years ago.”

Out of the 13 Mario Kart versions in the franchise, Martinet said the latest is his favorite.

“I really love Mario Kart 8, the deluxe edition,” he said. “But I also have a really fond space in my heart for for Mario Kart Double Dash.”

As for why he thinks the game has had such an enduring legacy? Marinet said he thinks the music and vibrant atmosphere have helped it become a classic.

“I mean, you switch it on, and immediately, you hear the music that brings you back to your childhood if you played it years ago, or it brings you joy if it’s the first time,” he said. “The colors, the sounds, the characters, and then the brand new adventure starts.”

Click the audio player at the top of the article to hear Martinet speak in some of your favorite characters’ voices. 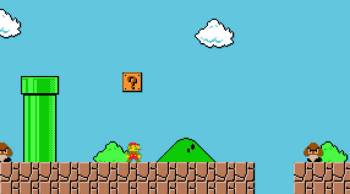