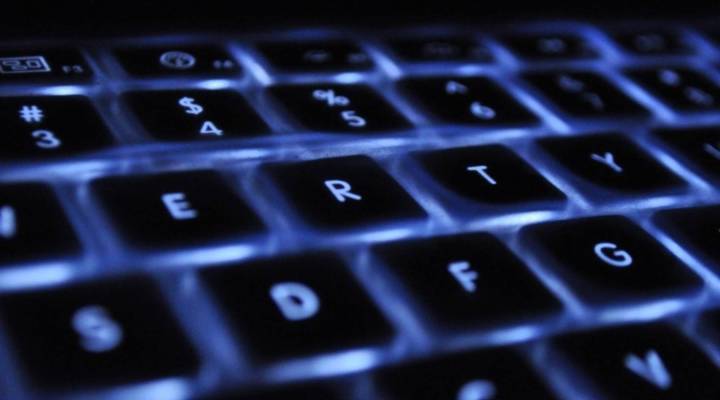 Protests against this weekend’s white supremacist rally in Charlottesville, Virginia, continue to crop up in cities across the country. And they’re also happening online.

GoDaddy is in the business of giving users a place to build content and purchase domain names. The question here is — should GoDaddy, and other platforms, be the ultimate decision maker when it comes to editorializing the internet? And now that GoDaddy has taken a stand, what happens in less black-and-white situations?

Marketplace Tech’s Ben Johnson spoke to Eric Goldman, a law professor at Santa Clara University School of Law and director of its High Tech Law Institute, about what GoDaddy’s actions mean. Below is an edited excerpt of their conversation.

Ben Johnson: Do you have a sense of how this service provider and client relationship existed before this story blew up?

Eric Goldman: My understanding is that GoDaddy acted as the Daily Stormer’s domain host, which is different than the normal type of web hosting we assume, where a service provider provides space on its servers to publish content that’s provided by a third party. As a domain host, GoDaddy will simply establish a linkage between the domain name and a set of IP addresses associated with the Daily Stormer’s servers.

Johnson: So what about that do you think is relevant for this story?

Goldman: First, GoDaddy doesn’t actually know what’s at the end of the link that it’s establishing because that content changes all the time. And the second is that GoDaddy doesn’t have the granular ability to turn off particularly offending content and let other content continue. It can only establish the linkage or not. And so in order to exercise any remedies GoDaddy has to kind of pull the nuclear option, the online death penalty. And the more that the people at the perfunctory level get involved with controlling content, the less granular are the solutions and the more likely that we’re going to have errors of omission or commission. We’ll be taking taking down content that shouldn’t have been taken down or leaving up content that shouldn’t have been left up.

Johnson: What is the way in which this stuff should be worked out?

Goldman: At minimum, I think GoDaddy should be very thoughtful about how it interprets its terms of service. It might face cheering crowds if it decides to pull the plug on the Daily Stormer, based on a very generous reading of its own terms of service. But in the end I don’t think that’s what we really want GoDaddy to be doing, acting as, in a sense, the choke point for content. GoDaddy might be making a popular move this time, but next time they decide to exercise that discretion it might be a lot less popular and we might start to question whether GoDaddy is actually the appropriate editorial choke point for the internet.