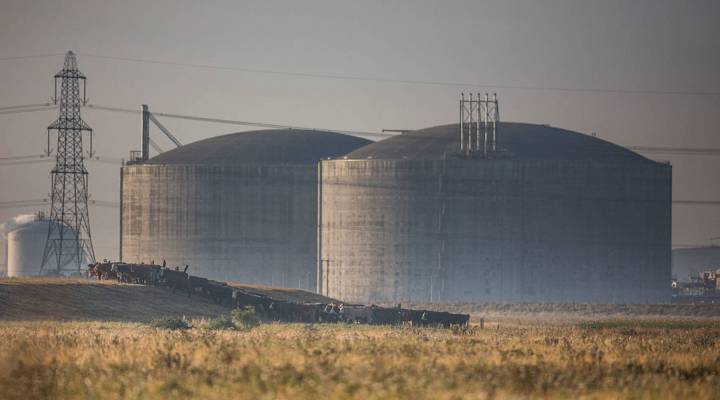 Right before heading out for its August recess, the U.S. Senate confirmed two Trump administration nominees for open seats on the Federal Energy Regulatory Commission.

For the first time in nearly six months, the commission has enough members to vote on permitting major energy infrastructure projects.

A proposed liquefied natural gas export terminal on the Oregon coast — twice denied a permit in 2016 — could have new life under a commission seen as friendlier to oil and gas interests.

“The first thing we’re going to do is we’re going to permit an LNG export facility in the Northwest,” said Gary Cohn, President Trump’s chief economic adviser, during an international finance summit in April.

He was referring to the proposed Jordan Cove terminal in Coos Bay, Oregon. If completed, it would be the only LNG terminal on the West Coast, allowing the U.S. to better compete with exporters like Australia and Qatar for gas-hungry markets in Asia.

“Just think of transport time from the Northwest to Japan versus anywhere else,” Cohn said.

The facility would provide the first direct access to overseas markets for natural gas producers across the interior West, including those in the Mancos Shale in Western Colorado. The U.S. Geological Survey last year announced the formation contained 40 times more natural gas than previous estimates, enough to power the entire U.S. for more than two years. It makes the Mancos the second-largest gas field in the country, behind the Marcellus Shale in Pennsylvania.

“Even if you’re in the industry, it’s hard to wrap your mind around,” said David Ludlam, executive director of the West Slope Colorado Oil and Gas Association. “We haven’t begun to grapple as a nation with what we truly have.”

There are companies drilling in the Mancos right now, but it’s not as economic as other gas fields.

“It’s just more profitable in other areas in other states that have direct connection to bigger markets,” Ludlam said.

But, while industry touts potential jobs and opportunities coming from the Jordan Cove terminal, many people living near the site of the proposed project remain unconvinced.

“[It’s] very discouraging, to have to fight this thing over and over again,” said Clarence Adams, a landowner in Douglas County, Oregon. “Once they lose, they should lose — period.”

He opposes the project because a pipeline serving the terminal would have to be built right across his property. That’s one of the reasons FERC denied the permit in 2016, saying it didn’t justify using eminent domain to force pipeline construction through private land.

“These kinds of long-term investments, new infrastructure that locks us into expanded gas reliance, are not needed,” she said.

But the oil and gas industry remains optimistic that the conversation surrounding Jordan Cove is not over.

Veresen, the Canadian parent company of Jordan Cove LNG, said it intends to refile the formal Jordan Cove permit application by the end of the month.