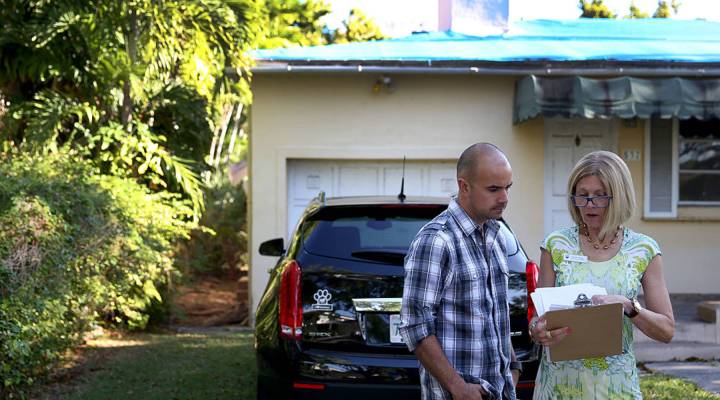 The idea of saving 20 percent for a downpayment has dashed many homeownership dreams. The thought of saving that much money while home prices and rents are increasing and wages are stagnant can be daunting.

But don’t give up on that dream of a white picket fence just yet. It turns out that the average downpayment for a first time homebuyer is much lower than you think.

“Over the last three years, we’ve found that the median down payment made by the first time home buyers was only six percent. And that’s actually an increase,” said Jessica Lautz, managing director of survey research and communications at the National Association of Realtors. The NAR has been conducting an annual survey on recent home buyers and sellers since 1981. Since 1989, it has collected data regarding down payments. “Back in 2005 and 2006 and even in 2007, the median down payment was just two percent. People felt comfortable during those time periods, during the boom, to finance a really large portion of a mortgage and put down a very small down payment as prices were increasing during that time and credit standards were different than they are today. We do see overall for all home buyers, they typically put down 10 percent. That’s for the last four years.”

According to Lautz, there is “absolutely” a misconception about how much home buyers need to put down in order to purchase a home.

The lack of knowledge around how much is required for a downpayment is a “false barrier” to owning a home, said Lautz. One way that potential buyers can find out how much they should plan on putting down is to speak with a local real estate agent or visit hud.gov, where local government programs for first-time and repeat home buyers are broken down by state and local areas.

“You can put down as low as 3 percent for a down payment and those might be a good option for some buyers who are out there especially if that allows them to get into a home where they comfortably can afford the mortgage and their mortgage might be less than what they are paying for rent,” explained Lautz.

Of course, there are downsides to a small down payment. For example, buyers who borrow more than 80 percent of their house’s value are required to purchase private mortgage insurance. The insurance, which can cost as much as 1 percent of the total loan amount, is designed to protect the lender in case the buyer is unable to pay off their mortgage. What’s more, small down payment also tends to result in higher interest rates and higher monthly payments.

Another myth around home buying that persists is that millennials do not buy homes.

“Looking back at the study since 1981, a first-time homebuyer typically enters the market between 28 and 32. Right now the median age is 31,” said Lautz. “We do see there is a larger share of first time homebuyers who are unmarried or are single homebuyers on the market — so it can be a single male or a female entering the market. We do see the household income is higher than we have seen in the past. I think that goes back to affordability constraints as prices are rising so rapidly in many communities.”

She added that millennials enter the house market “at the same time as generations before them.”

“It’s not true” that millennials don’t buy homes, said Lautz. “The millennial generation is the largest share of home buyers and it has been consistently for the last four years.” Millennials are also now the largest living generation in the U.S., numbering  75.4 million, according to Pew Research.

According to data collected by the NAR, buyers 36 years and younger make up “the largest share of home buyers at 36 percent.” Two thirds of these buyers are first-time home buyers. As Lautz mentioned, these findings have been consistent for the past four years. “The largest cohort in America is growing up and becoming more traditional in their buying habits,” read the 2017 report.

“In fact, 46 percent of buyers 36 years and younger that had debt reported having student loan debt with a median loan balance of $25,000,” the report found.

Overall, about 13 percent of all buyers said that saving for down payment was the most difficult step. However, at 23 percent, the number was higher among millennials — those 36 and younger.