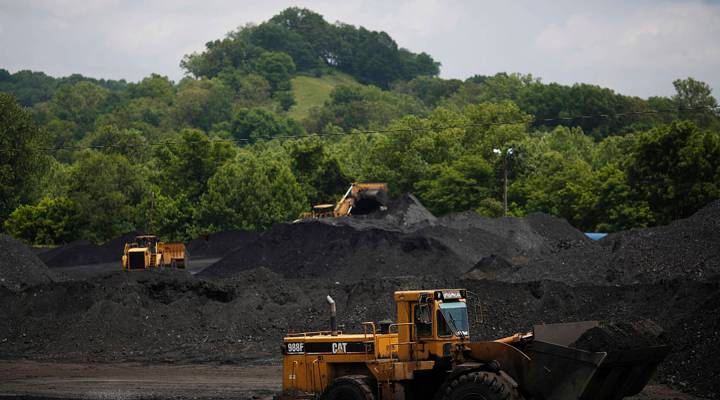 While it is true that Nebraskans love their corn, turns out they also love their coal. Nebraska is the only state in the lower 48 using more coal for generating electricity than it did a decade ago.

That’s an important statistic considering President Trump’s energy priorities, which involve a promise to put coal miners back to work. The president’s statements and actions stand out against a backdrop that is otherwise pretty bleak for coal overall. Natural gas is cheaper than coal and renewable power is gaining ground in many states.

But, then you have Nebraska, an outlier that used more coal in 2016 than it did in 2006 according to the U.S. Energy Information Administration. The director of the Nebraska Energy Office, David Bracht, said the reason is simple. The nation’s biggest coal-producing state, Wyoming, is right next door. Coal trains heading east stop first at Nebraska power plants.

“Distance makes a difference,” Bracht said. That proximity gives Nebraska a constant supply of coal at a cheaper price. The state also brought online two power plants in 2009 and 2011. Bracht said when they were planning those facilities, coal was the obvious choice.

“Natural gas was three to four times the cost of what it is today,” Bracht said.

Those power plants were built to last 30 or 40 years, and the state just shut down a nuclear power plant last year. Coal is going to dominate in Nebraska for a long time, but with one caveat. “Nebraska coal consumption peaked in 2013,” said Glenn McGrath, team lead at the U.S. Energy Information Administration.

While the last 10 years have been good for Nebraska coal, since 2013 the state has gone in the same direction as pretty much everyone else — less coal.

Bracht said it isn’t natural gas eating into coal’s share, instead it is Nebraska’s wind resources. “The amount of wind generation has tripled or more in the last ten years,” he said.

In fact, Bracht said, the biggest wind farm commissioned last year was in the Cornhusker State.