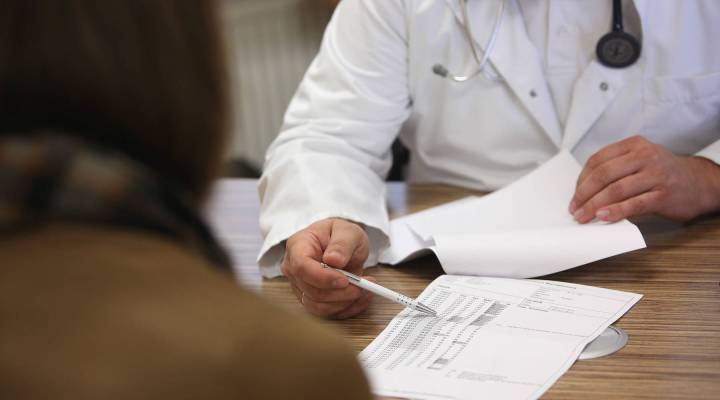 Republican Sen. Lamar Alexander of Tennessee is promising bipartisan hearings after Labor Day to see if Congress can’t come to some kind of agreement on how to stabilize the individual health insurance market. That’s the market most affected by the Affordable Care Act and, not coincidentally, it’s caught in the political crosshairs of congressional Republicans who want to get rid of it. Health insurance companies along with people in the individual market are thus in economic limbo, waiting to see what will happen to health care. Marilyn Tavenner is the president and CEO of America’s Health Insurance Plans, a lobbying group for health insurance companies. Marketplace host Kai Ryssdal spoke to her about how insurers are feeling these days. The following is an edited transcript of their conversation.

Kai Ryssdal: The hearings by Sen. Alexander next month, first of all, I’m sure you are heartened by them. I wonder if you believe they’re going to do any good in stabilizing the individual market.

Marilyn Tavenner: Well, I am heartened by the fact that Sen. Alexander is willing to hold hearings, and that both Republicans and Democrats have expressed an interest in trying to deal with a short-term problem, which is the stabilization of the market.

Ryssdal: The director of the Office of Management and Budget, Mick Mulvaney, was on CNN this morning and he said, “You know what? We’re going to talk about these payments on a month to month basis. That’s what we’ve always said.” What do you make of the injected uncertainty into the market?

Tavenner: Well, talking about the payments on a month to month basis does create uncertainty, and hopefully that is a short-term process. And Sen. Alexander and others are willing to make a permanent appropriation for this funding.

Ryssdal: Are you confident the president would sign that?

Tavenner: I wouldn’t begin to say what the president would do, but we certainly would encourage him, and I think it would help if there were a permanent appropriation or at least an appropriation for 2018 and 2019.

Ryssdal: What is the one thing you think could happen that would make your members feel more secure about getting into the individual market right now?

Tavenner: I think the one thing that could happen is some certainty around the CSR funding or the subsidies for low-income people. Most of our members are in the individual market to serve consumers, and these consumers, about two-thirds of them, qualify for these low-income subsidies. And so the certainty around that funding would be extremely helpful to having folks settle down and be willing to stay in the market for the long term.

Ryssdal: In preparation for our talk this morning, I went back and looked at some of the writings that you’ve done, letters to members of Congress and the president. All the way back to March 8th of 2017 you were talking to Congress and the president about stability in the marketplace. I wonder your thoughts on the fact that we are still trying to hammer out some way to make the individual insurance market in this country work?

Ryssdal: Can I ask you a more fundamental question ma’am, and it goes like this: There is not very much in the Affordable Care Act or in any of the bills that Republicans in the Congress now have presented that go to the underlying issue, which is actually the cost of medical care in this country. What’s it going to take to get at that, which I think you have to acknowledge is the bigger issue?

Tavenner: Well, I think that you recognize a very valid point. We would like to get to the issue of overall affordability, and as long as we are dealing with the individual market, I think we do avoid dealing with underlying medical costs, whether we’re talking about actual medical care, costs of prescription drugs or efficiency and waste in the system. Those are the bigger issues we’d like to tackle. So we would like to solve the individual market and move on.