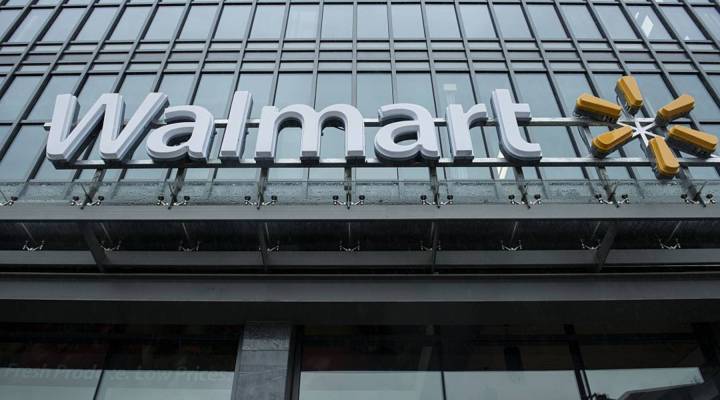 When the U.S. backed out of the Paris Climate Agreement earlier this year, many environmentalists were dismayed.  Many, however, are reassured by the fact that businesses are increasingly stepping up their game in terms of reducing their carbon footprint.

In April, retail giant Walmart  announced a plan called “Project Gigaton”. The company says that by 2030, it  could reduce greenhouse gas emissions as much as if 211 million cars were taken off the road for a year.

“We think this is a leadership position for us,” said Zach Freeze, Walmart’s senior director of product sustainability. “We know that it’s important for our customer.”

The retailer has billed itself as a corporate leader in addressing climate change since 2005, when it issued a wide-reaching sustainability pledge. With Project Gigaton, it’s looking to reduce emissions in its supply chain — all the other companies that make and deliver products sold at Walmart.

The caveat? The initiative is fully voluntary. Project Gigaton is really a list of green best practices for suppliers to follow, if they choose.

In a press release from April, Walmart said this “emissions reduction toolkit” splits the focus into six areas: energy, agriculture, waste, packaging, deforestation and product use and design.

Suppliers agreeing to participate in the project are urged to choose one or more of these areas to concentrate their efforts. Freeze suggested companies will want to join not only for the positive effects on the environment and on their company image, but also because eliminating waste and inefficiencies will boost the bottom line.

“There’s obviously a carrot at the end of this,” he said. “The companies will benefit themselves.”

Companies that have pledged to follow Project Gigaton so far include Colgate-Palmolive, Land O’Lakes and General Mills. Skeptics of the plan argue the whole thing is more show than substance.

“Project Gigaton is a great name. I mean, you really have to give them credit,” said Stacy Mitchell, co-director of the nonprofit Institute for Local Self-Reliance.

She said she believes while Walmart may be good at marketing its big new climate initiatives, it doesn’t always meet the ambitious benchmarks these projects set. She said for such a mammoth corporation, Walmart could be doing a lot more.

“You become slightly more sustainable and grow a very polluting economic model,” she said, arguing the store’s true legacy is squeezing suppliers to make cheaper, lower-quality products that end up in landfills a lot faster.

Other environmental organizations, like the Environmental Defense Fund and World Wildlife Fund, collaborated with Walmart on the development of Project Gigaton and have since praised the final result as an important step toward addressing climate change.