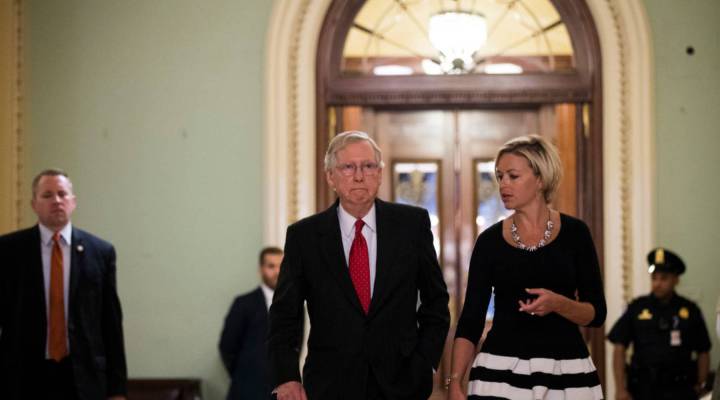 Efforts to repeal Obamacare have come to an end — for now. The Affordable Care Act, which was signed into law in 2010, remains in place, while House and Senate Republicans consider other options.

So, what does all of this mean for consumers? Marketplace’s senior health reporter Dan Gorenstein explains.

O’Leary: What’s next for people who buy insurance on the individual market? Let’s start with people who qualify for subsidies under the ACA.

Gorenstein: If you’re buying through the federal exchange, healthcare.gov, there are some changes. There’s a shorter open enrollment period — six weeks now instead of 12. There’s also a new penalty, potentially, if you owe back premiums. Then you could end up having to pay as much as three months of back premiums if you drop your coverage and decide you want to get coverage again. And then we get into more of the theoretical. President Trump, in his budget proposal, suggested cutting things like outreach, marketing, the [healthcare.gov] call center by as much as $300 billion. What this means is it could become a nightmare for people to sign up.

O’Leary: Well, what about people who do not qualify for subsidies? Where are they in this?

Gorenstein: Well, that’s actually connected. The more young and healthy people that are sort of chased away for whatever reason, the more premiums are going to go up. There are about 10 million people in the individual market who are buying insurance that don’t qualify for the Obamacare subsidies, and so with prices going up, they could be like, “forget about this, I’m out,” and roll the dice. And we also know President Trump has been talking about maybe not really enforcing the individual mandate, so there’d be no downside other than obviously risking getting hit by the proverbial bus. The one thing we can say for both groups whether you have these subsidies or you don’t, is that the more prices go up, the more people are going to shop. And as you know, that can really interrupt the care that you need.

O’Leary: This may not be the end of the health care debate. Sen. John McCain, who voted no, said it is “time for Congress to do the hard work our citizens expect of us and deserve.” So what could happen now?

Gorenstein: Well Sen. Lamar Alexander has already said, even before the vote last week, he said that he wants to hold a hearing on how to stabilize the individual market. I saw a recent Politico report about bipartisan members in the house beginning to quietly work on some sort of solutions. And what’s really needed here is just more certainty for insurers. And what that means at the end of the day is more money. That could come in any sort of number of different ways without getting into the weeds of insurance policy. But they do need this stability, they need the predictability and really, I think the question is going to come down to how much do Republicans want to pour money into Obamacare, something that they vowed to repeal for years and years and now they can’t repeal and sort of are stuck with it?

O’Leary: What do you do if you are listening to this and live in a state where there are not a lot of provider options?

Gorenstein: There are lots of states, lots of rural states in America that are used to that, lots of people are used to having just a couple of insurers. What it looks like right now is there are about 40 counties in the country that have no one willing to sell insurance to them. When we saw this sort of phenomenon happen under the Obama administration, the health care officials under Obama worked really hard to cajole insurers to do something. I don’t know that the Trump administration is going to do that sort of thing. At the same time, a lot of these counties that don’t have any options are red counties. And you’ve got to think they’re going to be calling their lawmakers. I think the pressure’s going to be on Congress to take some sort of step here. And some people are putting out proposals, like you need to let people sign up for Medicare or let people sign up for Medicaid if they don’t have any options. I think what’s great about your question is that it really shows we’ve moved as a country. There is now an expectation that people should have access to care. And I think that’s going to really push people in new directions.

To listen to the interview, click on the media player above.