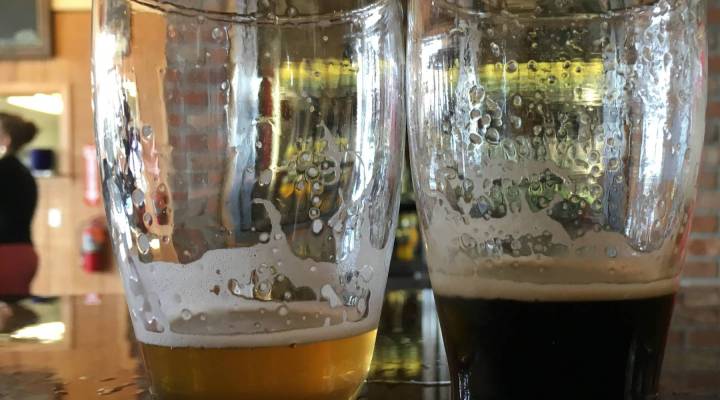 The mobile payment app Venmo has experienced huge growth since PayPal acquired it in 2013. Last year alone, users transferred over $17 billion using Venmo. The app is known for its popularity among millennials, who’d rather settle debts instantly on a smartphone than go searching for an ATM to cover their half of the bar tab.

But for some, handling money matters with Venmo has left a bad taste in their mouth. New York Times columnist Teddy Wayne talked to a handful of people who think the app might be making their friends cheaper, or at least revealing pettiness. Marketplace Weekend host Lizzie O’Leary talked to Wayne about Venmo drama. Below is an edited transcript of their conversation.

O’Leary: Does Venmo or the public nature of those transactions just scratch that part of us that’s uncomfortable talking about money?

Wayne: Absolutely. I think it’s also part of a broader feeling that we’re all being monetized in some way, even though this is individual-to-individual transactions. That you can be reduced to a precise data point. And that this experience of a weekend bachelorette party is worth $31.98, instead of “Let’s just call it thirty bucks and remember the experience rather than the price tag.”

O’Leary: Is that all bad though? I mean, Americans are sort of notoriously financially illiterate. Maybe it’s good to know exactly what that round of drinks cost, particularly if maybe you don’t have the clearest memory of it the next day.

Wayne: I think when there are discrepancies of income or wealth discrepancies of a bill, it makes sense. No one should be forced to pay twice what they owe to someone else who has maybe twice the money they have. When it’s something like a cup of coffee that someone gets you, you probably would never — I don’t know about you personally, but no one would ask their colleague who ran out to get a coffee for them to pay them back the $2.

Wayne: But I think with Venmo, that $2.50 bill seems a little easier to swallow because you’re not handing over cash.

O’Leary: You also wrote about the social network nature of Venmo. I mean, one of the things that fascinates me about it is scrolling through my Venmo feed and seeing what people are paying each other for. And half the time they’re paying for really mundane things like rent or groceries. Then half the time it’s some random string of emojis that I couldn’t even begin to decipher.

Wayne: Right, so there’s a memo function to each Venmo transaction where you must record, theoretically, what it’s for. On top of that, the default setting is to have your transactions be public, which lot of people don’t even know, so they’re not even aware that their transactions are made legible to others. The dollar amount is not, but the transaction to whom and what it is are made viewable. So I think because of this, many memos are whimsically annotated, especially among young users. I believe to mitigate the anxiety of the fact that you’ve just had a sort of formal invoice with a friend and instead of calling it “drinks that we had last night,” where it seems like a receipt you’re doing for tax purposes, they’ll write a couple of emojis of beer or something like that. On top of that, there’s this sense of curating one’s lifestyle that applies to all social media, where they want others to know they’ve been out having fun and here’s proof of it. And I spent money doing this fun.

O’Leary: Did you talk to anyone who charted the birth and death of a relationship via Venmo?

Wayne: I did speak to someone who mentioned that among his peer group — early 20s, mid-20 — you can often do some detective work and see who is having a sexual relationship with someone else via Uber payments or breakfast payments, things like that.

Wayne: Worse though is that a lot of people, I think foolishly, discuss sort of more illicit transactions or just hedonistic ones. There’s actually a website called Vicemo that has a running tally — I think probably through a search database of terms or emojis — of people who have paid for things involving drugs, sex or alcohol.

O’Leary: Although, I’ve looked at some of those, and I kind of feel like the ones that say drugs, drugs, drugs and more drugs, they may be not entirely telling the truth.

Wayne: Those ones, I think, are youthful jocularity, but for many of them still, there’s evidence of, you’re kind of a partier, and any employer could search a person’s full name and find their transactions. This sort of thing that along with, say, revealing photos on Facebook or something, might get someone fired or not hired in the first place.

O’Leary: Did you talk to anybody who made their settings private because of all of this?

Wayne: I certainly did once I looked into it. I didn’t realize mine were public, I think, and I quickly changed it. I’m of the age where I want nothing like that to be public and don’t care if people know or don’t know that I went to dinner last night. I think people who read the article also hadn’t realized their settings were made public. On top of that, the app also can scrub your phone contacts to add Venmo friends and might do it automatically without your knowledge, or add new people as they come onto the network. So there are a lot of things the app does without your knowledge that, if you’re at all privacy-oriented — meaning if you’re probably born before a certain year, early 1980s — you’d most likely do well to look into it.

We wanted to know if you ever received an unexpected Venmo payment request. Or ruffled feathers with one of your own. Check out the audio player above to hear some responses.