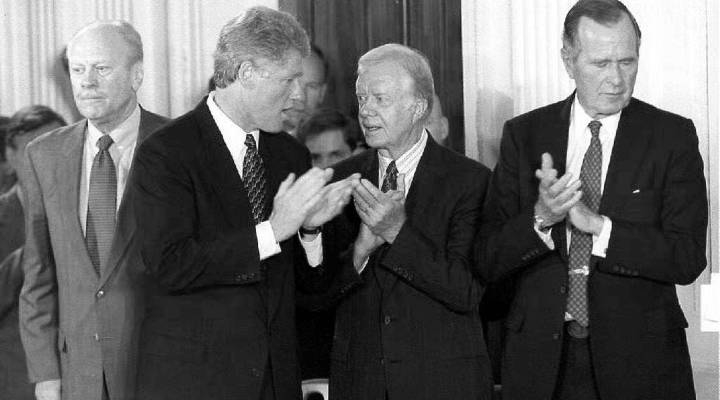 The North American Free Trade Agreement was one of President Trump’s favorite punching bags on the campaign trail. He called it “one of the worst deals ever,” blamed it for destroying American jobs, and vowed to get rid of it.

Well, actually, now the White House is saying that maybe it can stay.

It’s released an 18-page wishlist for renegotiating NAFTA, which is a more detailed plan than we usually get. And there’s good reason for that — in order for negotiations to begin in the next 30 days, Congress has to approve it and in order to approve it, Congress requires this level of detail.

Let’s take a look at some of the key demands in the document.

A different way of resolving an argument

The wishlist calls for the elimination of the “Chapter 19 dispute settlement mechanism,” a system that’s also known as the investor-state dispute settlement. In other words, President Trump wants to abolish alternative panels that companies can use to appeal decisions made by domestic courts.

Under the current agreement, a country will go to court if it thinks someone’s being a “bad actor,” like, say, illegally dumping goods. One of the big complaints about NAFTA is that these courts have privileged Canada or Mexico above the U.S.

Another objective on the list: an improvement in the U.S. trade balance and a reduction in trade deficits, another hobby horse of the president, who tends to see trade imbalance as a sign of American weakness. (A trade deficit for the U.S. simply means that it imports more goods and services than it exports. Oh, and the U.S. has run one every year since 1974.)

During his campaign, Trump pledged to attack America’s deficits, blaming them for a loss in good-paying factory jobs. He said he would place punitive tariffs on imports from Mexico and other countries he said have traded unfairly.

Deficits aren’t necessarily bad (or good) though. If we’re buying more stuff from other parts of the world, that means, logically, that our money is getting sent out into the world. And foreign investors in turn may then pour that money back into the U.S., in the form of investments in real estate and the financial markets.

The document has some objectives for digital products like software, music, video and e-books that weren’t originally in the 1994 agreement. It asks for no custom duties on them, the non-discriminatory treatment of products transmitted electronically, and rules “to prevent governments from mandating the disclosure of computer source code.”

One of the key architects of NAFTA, former U.S. Ambassador Carla Hills, has told us that the agreement needed a major upgrade to address the digital age.

Holding onto the agricultural industry

And some of these objectives actually call for no real change, really, in certain industries. The plan specifically tries to hold on to what farmers and ranchers got out of the deal. (Mexico and Canada account for over a quarter of U.S. farm exports.)

NAFTA has been very beneficial for U.S. agriculture, according to some experts. While interests like the dairy industry wants to see more trade barriers fall away, many agriculture groups hope Trump will leave well enough alone.

So far, Mexico and Canada have reacted to these renegotiation plans amicably.  They’ve indicated they’re ready to sit down and start negotiating. 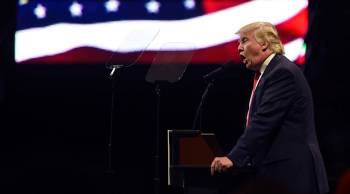