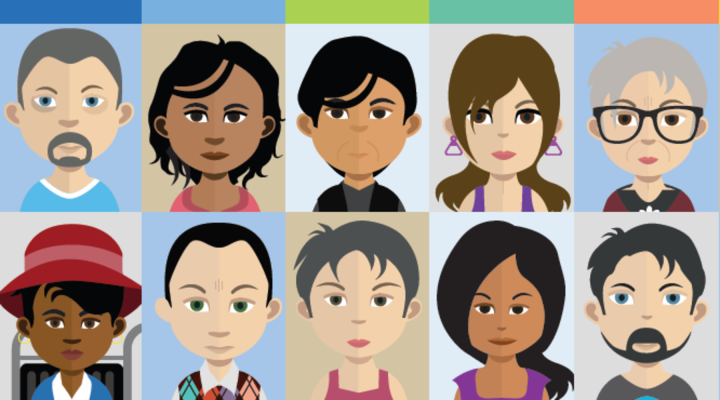 The latest figures from the federal government put the unemployment rate at 4.4 percent. That sounds low, right? But there are still 4 million unemployed people out there who want to work and are looking for jobs, according to a recent study by the Brookings Institution. The study looked closely at who the unemployed are and how they are counted.

How exactly are “the unemployed” defined? These are the people who want to work, are available to work and have looked for work in the past four weeks, according to the federal government.

But there are a couple of problems with looking at unemployment that way, said Martha Ross, a fellow in the Metropolitan Policy Program at Brookings and one of the authors of the study. One is that it leaves out a whole lot of productive people — like retirees, people with disabilities, students and those who want to work but may have given up looking. If you haven’t looked, you don’t get counted. This group is called “not in the labor force.”

The unemployment rate also leaves out some valuable information.

“It’s incomplete if you want to get a sense of how people are faring in the labor market,” Ross said.

So what can the unemployment rate tell us?

“You could also look at it as a measure of sort of human misery and hardship,” Ross said. “Who is doing poorly? … The folks who are more persistently disadvantaged with low levels of education even in a quote full employment economy, it’s not as likely that they’re going to be OK.”

Of the 11.3 million out-of-work people in the Brookings study (that includes the unemployed and some of the “not in the labor force” population), the largest group (37.5 percent) was less-educated people between 25 and 54 years old. Some other characteristics of the largest group in the study:

The smallest group in the study (5.8 percent) is a diverse group of less-educated people who are thinking about retirement (nearly all are over 55). Their characteristics:

A disproportionate number of the study’s out-of-work adults have little education, limited work experience and limited English, among other hurdles.

The hardest question of all, Ross said, is how to help people who want to work get back to work.

“We kind of throw people into the labor market and have them sink or swim, and we don’t have the kind of partnerships between schools and community groups and employers that would create more structured pathways.”