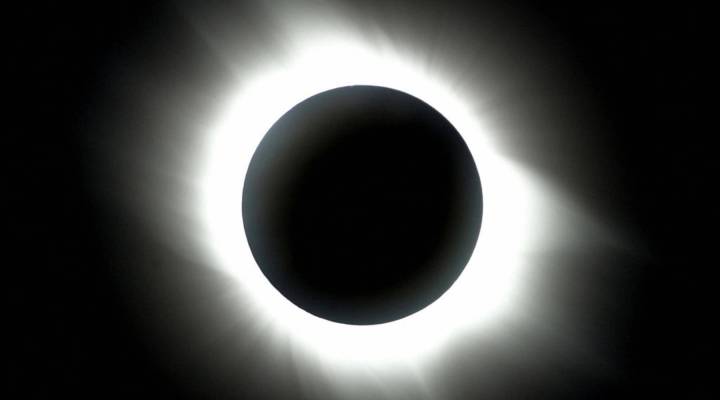 COPY
A view of the full solar eclipse from Antalya, the southern coast of Turkey, in 2006. CEM TURKEL/AFP/Getty Images

A view of the full solar eclipse from Antalya, the southern coast of Turkey, in 2006. CEM TURKEL/AFP/Getty Images
Listen Now

An especially popular destination for next month’s solar eclipse is central Oregon, where the dry climate often makes for clear skies this time of year.

The last time a total solar eclipse was visible from the lower 48 states was 1979. So if you haven’t already booked your hotel, good luck.

Court Priday, the owner of the Inn at Cross Keys Station in Madras, Oregon, joined us to talk about how his hotel is bracing for the spectacle. Below is an edited transcript.

Amy Scott: I understand you’ve been booked up since 2013. What did you think when people started calling to make reservations?

Court Priday: It was very strange. We had a company call from Florida wanting to book the entire hotel four years out, and I didn’t even know how to go about doing that just because the computer systems didn’t go out in the future that far. So that was an interesting phone call that I had never had in the eight or nine years we’ve been open.

Scott: So do you mind if I ask what you’re charging for a room?

Scott: Sounds pretty reasonable. I know there are some other hotels that have raised their prices by hundreds of dollars. Tell me why you didn’t decide to do that.

Priday: We actually signed an agreement with this company out of Florida. We probably could have possibly gotten out of it, but we don’t operate like that.

Scott: We’re getting closer to the big day. Are you feeling excited or nervous?

Priday: Everybody in Madras is excited, and some of them are a little bit stressed on how the functionality of the event is going to happen. You’re looking at Madras — a town of 5,000, roughly one way out of town each way. So vendors and grocery stores and banks and everybody are trying to brace for something that they’ve never seen or encountered — ever. One of the things is trying to figure out how much food to order for our guests during this period of time, because trucks most likely will not be running on the highways between certain times. They’ve just shut the long-haul trucks down. We’ll do the best that we can and hope for the best.

Scott: Of course this eclipse lasts maybe two to three minutes. It could be cloudy, although it’s generally pretty sunny in your parts this time of year. Do you see any longer-term benefit to the area?

Priday: We hopefully will acquire some more tourists that come and see the area, and see the beautiful sights here in the central part of the state. They might decide to come back, and so tourism might be elevated more.

Scott: Do you plan to see it yourself?

Priday: I do. I do. We’re trying to figure out all the details of that because we’ve got a little one coming. She’ll be about a month old by the time the eclipse comes around.