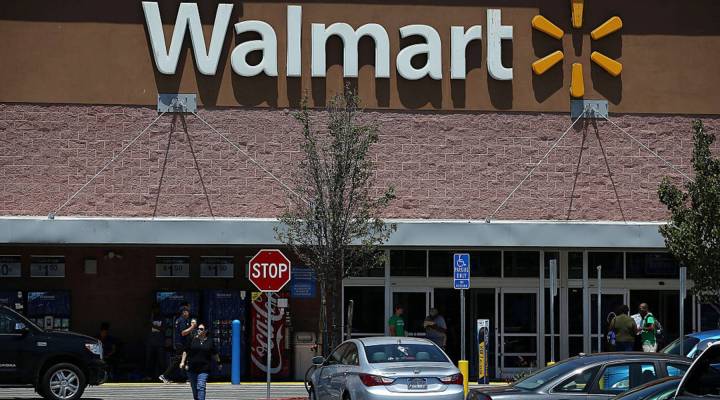 The company said the move could add up to a billion dollars in revenue by boosting supply-chain efficiency.

Walmart has a reputation for being a ruthless cost cutter, for wringing every last dime out of prices its suppliers charge. Well, OK , that’s true enough, but that isn’t what’s really driving this latest move.

“Walmart is really responding to what we all want,” said Dan Sanker, CEO of CaseStack, a logistics solutions company. He said the way people shop now is so different than it used to be, retail stores need to change, too.

In order to meet those expectations, Walmart is trying to remove the variability from its supply chain, something that could also benefit suppliers.

“It doesn’t do suppliers any good to have their dollars tied up in inventory that isn’t moving through the system,” said Shannon Bedore, who runs Sightline retail, an adviser for suppliers of big-box stores. She said Target has a similar policy, and if retailers want to compete with Amazon, soon everyone will be doing it.

The 3 percent “cost of goods fine” for products that don’t arrive on time or aren’t packaged properly could make Walmart more expensive to work with, but given the opportunity the company represents, Bedore said, suppliers will quickly figure it out.