About 60 percent of those who went to college had to take out student loans to pay for it.  Dan Kitwood/Getty Images

About 60 percent of those who went to college had to take out student loans to pay for it.  Dan Kitwood/Getty Images

There is yet another study to confirm that millennials who entered the job market during the Great Recession are not doing that great.

Back in 2002, the National Center for Education Statistics (NCES) selected more than 15,000 millennials, who at the time were high school sophomores, and checked back with them in 2004, 2006, and 2012. The millennials in the study are now in their early 30s. The dot-com bubble burst just as they were entering high school and the Great Recession took place just as many of them were turning 22 years old and graduating from college. As unemployment rates rose, earnings declined and more Americans found themselves living in poverty, the millennials in the study entered the job market.

Last week, the NCES released the findings of the 2012 survey and confirmed what we already knew: Student loans and a weak economy have forced these 30-somethings to take jobs they otherwise would not. And yes, some of them had to move back home in order to make ends meet.

Here are some of the findings detailed in the 275-page report:

Courtesy of the National Center for Education Statistics

Underemployment: Twenty-five percent of borrowers said they worked more than one job because of their student loan debt. Thirty-four percent took a less desirable job, 36 percent worked more hours than they wanted, and 37 percent worked outside their field of study.

“The percentages of students who reported these effects generally increased with their cumulative loan amount,” according to the NCES.

Living arrangements: In addition to the 31 percent who were married, another 23 percent of the 15,000 people studied were living with a partner in 2012, compared to just 1 percent of the previous group. Another 23 percent were living with their parents. Living with parents was more common among males (25 percent) than females (21 percent). Blacks, Hispanics, and Asians (28 to 39 percent) were also more likely to live at home than their white counterparts (18 percent). 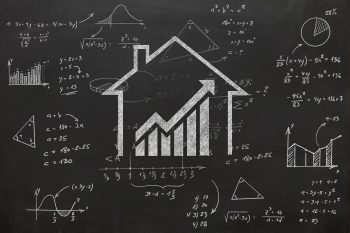