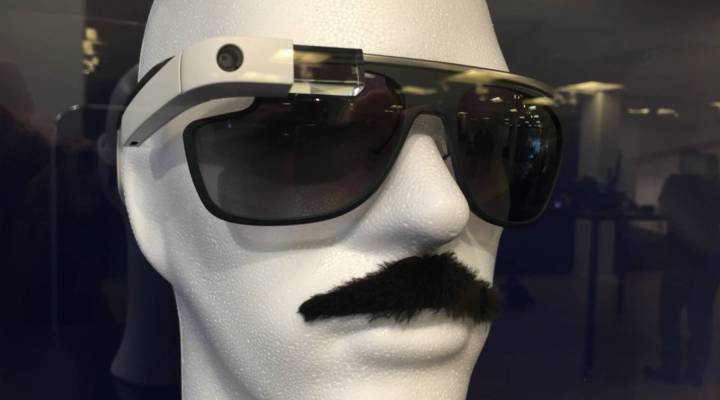 COPY
The Museum of Failure includes Google Glass in its collection. John Laurenson/Marketplace

Museum of Failure curator Samuel West plays a couple of notes on the Roland 303 Bass synthesizer and tells me its unique and extraordinary story of failure.

“The problem was that it sounded nothing like a bass guitar,” explains this American-Icelandic psychologist who opened the museum in Helsingborg, Sweden, in June. “It had a weird sound to it, and the manual weighed more than the actual device, so it was so difficult to program. People just gave up.”

The 303 was a commercial disaster. They basically couldn’t give them away. Roland took it out of production. Then DJs in Chicago got hold of this synth and invented acid house music.

There’s usually a lesson in the 70 tales of failure in this museum. For the Roland 303 it might be: What your product’s good for might not be what you think it’s good for. For ten bucks you can come in and find out why Apple Newton and Colgate TV Dinners failed.

Biker perfume, anyone? Another item in the Museum of Failure.

But if failure doesn’t kill you, it makes you stronger. As Winston Churchill said, “Success is going from failure to failure without losing enthusiasm.”

Up the road from the museum, Helsingborg City Council is holding a conference on innovation.

Helsingborg, on Sweden’s southern coast, close to the Danish capital Copenhagen, is the fastest-growing city in Sweden, and many companies, including the furniture giant Ikea, are based here. After his speech, I get talking to Helsingborg City Council’s “Head of Future” Mico Grönholm. His municipality is contributing funds to the Failure Museum. I asked him if he was worried about making this city a sort of European failure capital.

To prevent it from failing, Museum of Failure founder West is hoping corporations will pay a thousand dollars for private tours.