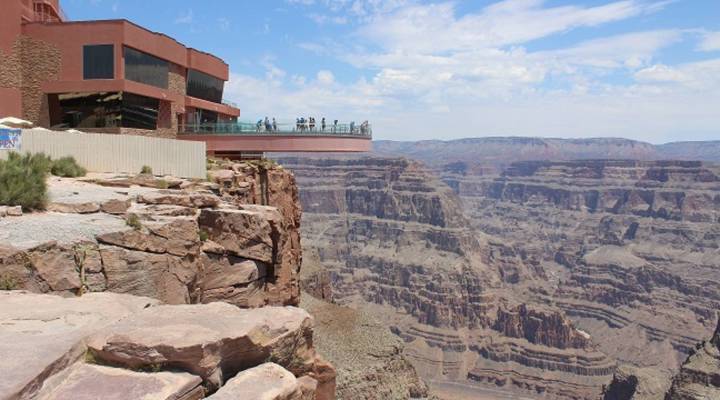 COPY
More than 5 million people have visited Skywalk since it opened 10 years ago on the Hualapai Reservation.  Carrie Jung

More than 5 million people have visited Skywalk since it opened 10 years ago on the Hualapai Reservation.  Carrie Jung
Listen Now

For Iowa resident Mary Zorn, the Grand Canyon was one of those “bucket list” destinations. But rather than head to the National Park, Zorn came to Grand Canyon West on the Hualapai Reservation to see this natural wonder from the edge of what’s known as the Skywalk.

“I kind of concentrated on looking out first and then down, so it was great,” said Zorn. “It was a fabulous view.”

Skywalk is a totally transparent 70-foot-long glass bridge that juts out above the canyon to give visitors a clear view of the Colorado River 4,000 feet below. Even though a pass for Skywalk costs $80, visitors face a long line for the attraction.

The tribe opened Skywalk on the southwestern edge of the Grand Canyon 10 years ago as a way to generate tourism revenue. Since then more than 5 million visitors have passed through. But the Hualapai Tribe isn’t alone in investing in tourism.

“There are 567 tribes across the country and 267 of those tribes, nearly half, offer some sort of tourism-based business,” explained James Surveyor, a spokesman with the American Indian Alaska Native Tourism Association (AIANTA).

He said tourism on tribal land is seeing a major growth spurt right now, especially in international markets like Europe and Asia. According to AIANTA estimates, visitors spent more than $8.6 billion on tribal land in 2015, an amount they expect will grow about 15 percent by 2020.

“We still get people who come here who expect to see teepees and war bonnets and whatnot,” said Spruce. “But this isn’t like a spaghetti western. This is our home.”

Spruce said while tourism is a sustainable revenue source, she and other tribal officials also hope that opening their community to the public can break some of the most pervasive stereotypes about Indian Country. 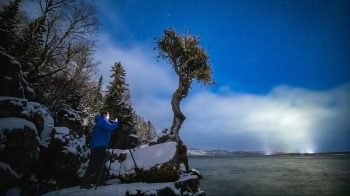