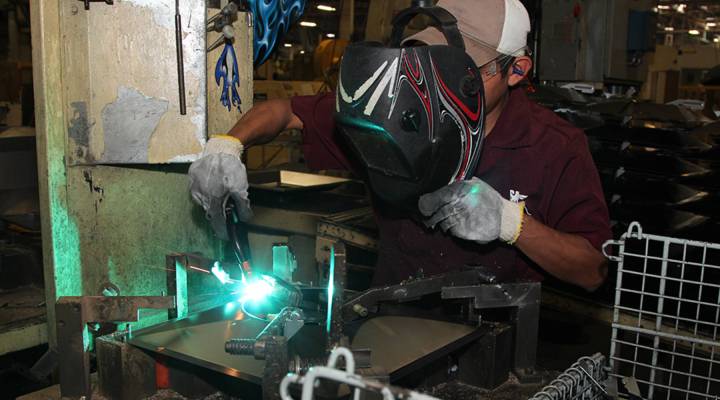 “Maquilas,“ the mostly American-owned factories that line the Mexican side of the border with the U.S., have been looking forward to the prospect of change since the election of President Trump.

They don’t want a border tax placed on their shipments to the U.S., as the Trump administration has threatened. But they are embracing the possibility of an updated North American Free Trade Agreement. Owners of maquilas said the current version makes it harder to operate in Mexico compared to the U.S., especially when it comes to time-consuming paperwork.

Maquilamanagers and trade groups interviewed in both countries see opportunity with the possibility of change.

“NAFTA is 30 years old. It hasn’t kept up with today’s economy,” said Mike Myers, a Texan who runs a maquila owned by Metal Industries, a Florida-based company that makes vents for air conditioners and heating systems.

Mexican and Asian interests also own maquilas, which sprang up like mushrooms after the rain when NAFTA took effect in 1994. Maquilas leverage low labor costs in Mexico and duty-free access to the U.S. market to produce everything from televisions to medical equipment to computer parts.

“Everything that you use, all our consumer products are being touched in Reynosa then shipped to the United States because of geography,” said Myers as he stood on a factory floor where the din of powerful punch presses melded into the sound of beehive-like assembly lines.

Rhetoric over a border tax that marked the arrival of the Trump administration has eased lately. House Speaker Paul Ryan has said the the idea, which would place duties on imports to the U.S., lacks support and needs to be rethought. In the meantime, maguila managers and owners are focused on NAFTA.

“It was negotiated with different sets of rules on both sides of the border,” Myers said. “You have to spend a lot of time and effort making sure we’re 100 percent compliant with the Mexican government in order to stay compliant with NAFTA.”

Mike Myers is a maquila manager in Reynosa, Mexico. He opposes a border tax but supports an update to NAFTA.

He was referring to a mountain of paperwork, much of it on actual paper. Myers must show Mexican authorities that all raw materials he brings in from the U.S., such as steel, aluminum, nuts, bolts and screws, leave Mexico as finished products.

Under NAFTA, that’s how he can import raw materials and export the end product duty free in both directions. But he and others in both countries said the paperwork Mexico demands from maquilas to prove compliance with NAFTA is far more rigorous than the paperwork the U.S. demands when the finished goods cross the border.

“If we’re renegotiating the treaty, we ought to simplify things like that,” Myers said.

In addition to simplifying paperwork, there are other NAFTA details that the maquila owners want changed.Maquilas matter for both countries. Americans pay far less for products they routinely buy while maquilas consistently generate jobs in Mexico.

“Companies are more and more looking at really fast turnaround and delivery,” he said. “And logistics is the name of the game. We’d like to see that changed.”

Patridge said he had something else on his wish list. The digital age was in its nascent stage when NAFTA took effect. Patridge and the maquilaowners want an updated NAFTA to scrap paper certification in favor of all-digital documentation.