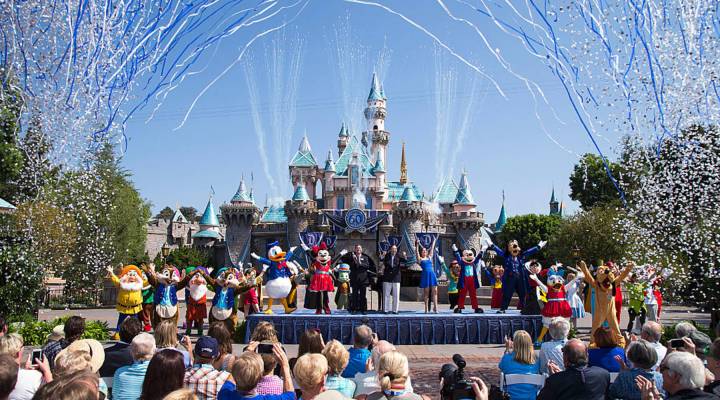 The map that started it all — the original 1953 drawing used to persuade investors to fund theme park Disneyland — has sold at auction for $708,000. While a respectable sum, it fell short of the $750,000 to $1 million that Los Angeles-based auction house Van Eaton Galleries estimated. An anonymous American collector put in the winning on bid on June 25 for the 3 ½-foot-by-5 ½-foot plan for Disneyland, which would come to fruition in 1955.

The brainchild of Walt Disney himself, the map was created by Disney and fellow illustrator Herb Ryman in just one weekend. In addition to familiar features like Main Street, the perimeter train and the now iconic Sleeping Beauty Castle, it depicts areas that never came to fruition, like Lilliputian Land.

This is only the second time the Disneyland map has been sold. After the theme park’s construction, the map hung in Disney’s office until a production assistant, Grenade Curran, asked if he could take it home.

“I kept it for history’s sake, I kept it for Walt’s artistic stake, I kept it because it was the first thing to show and display … what a theme park would look like,” Curran told The BBC. Curran was present at the opening of Disneyland and would go on to work there, driving visitors around the park in Autopia vehicles. Disney memorabilia collector Ron Clark, the map’s previous owner, bought it from Curran 40 years ago.

While hand-drawn maps are no longer the norm, Walt Disney Parks and Resorts, as the company is now known, still creates artistic renderings for additions to its theme parks, including the upcoming 14-acre “Star Wars” land expansion, due in 2019.