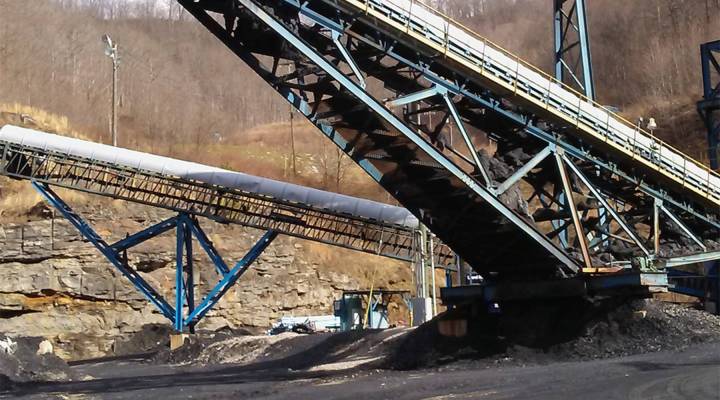 It’s been hard to escape the narrative of the coal miner over the last year. President Trump talks a lot about putting coal miners back to work, and he’s rolled back Obama-era regulations aimed at doing just that.

But setting narratives aside, the numbers show coal is declining. Natural gas is cheaper to use to make electricity. And many of the people who have done this work don’t see much of a future for themselves in coal.

Gary Bentley is one of those people. He was born and raised in the small coal mining town of Whitesburg, Kentucky. Straight out of high school, he went underground into the Appalachian coal mines.

“My original plans were not to work underground, it was to go to college,” said Bentley, who’s written a series of articles about coal mining called “In the Black.“ “I actually wanted to work in education. But then, of course, being 18 or 19 years old and earning $70,000 a year, I kind of got suckered into the industry and ended up staying.”

Bentley said there are other reasons people choose to work as coal miners. He worked with someone who used to be a college professor, for example, who realized he would make better money and be closer to his family by working in the mines.

“It’s not always about either not being able to do something else or not knowing how to, it’s about being close to family. And when [mining’s] the only option you have, that’s what you do.”

There are about 51,000 coal mining jobs left in the U.S.; in 1985, there were 178,000. But in regions like eastern Kentucky, there’s a real lack of viable alternatives that pay living wages.

Bentley said that nonetheless, the way you hear politicians talk about mining, you’d think it was the biggest industry in the region.

“In 2008, which would have been one of the biggest booms of my mining career as far as the industry itself, coal only made up 4 percent of Kentucky’s economy. If you look at the way politics are played around the industry, you’d think that it as the majority of the state’s economy. So I do think politicians either romanticize or blow things out of proportion for their own means, because an industry that’s only 4 percent of a state’s economy shouldn’t play as large of a role in the state’s politics.”

Bentley lost his job in 2013 after 12 years of underground coal mining. He said he chased other mining jobs around Kentucky, but realized the decline in the industry was going to make that more and more difficult.

And ultimately, changes in the energy market were to blame.

“You’ve got to look at the price of natural gas, which I think was one of the biggest heavy hitters in the change in the industry … the fact that solar, wind and hydro is now a more affordable option for energy compared to coal.”

Bentley also said the export market for U.S. coal is disappearing, with other countries like China and Australia extracting their own coal.

“It’s all about profit margin and how to make an extra dollar.”

Bentley said the way to get former miners to continue to make their own dollars is to give them new economic opportunities, not to try to resuscitate the coal industry.