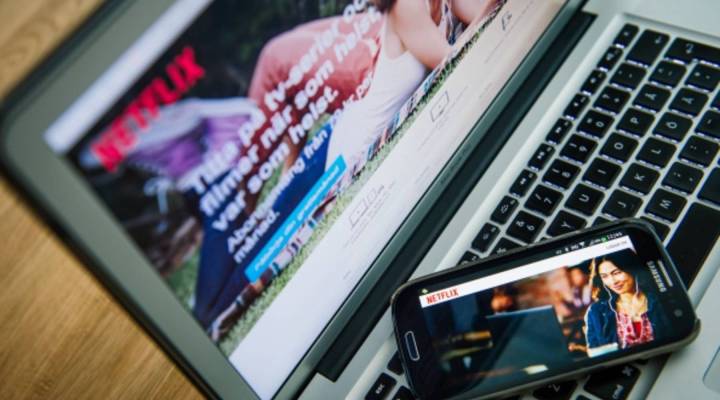 Television isn’t just on TV anymore. Netflix, Hulu, Amazon and YouTube are all creating original shows available on the digital device of your choice. We’re watching shows in more ways than ever. Kathleen Grace used to run the YouTube space in LA. Now she’s the CEO of New Form Digital, one of the studios that creates for different online platforms. She talked with Marketplace host Kai Ryssdal about the new online TV trend and the struggles of making a profit with an internet-based format. The following is an edited transcript of their conversation.

Kai Ryssdal: Just as a place to start, how different is producing digital content from producing straight-up linear television say 10 years ago?

Kathleen Grace: It’s profoundly different, because you have to think about what are all the ways we’re going to find an audience around this story and then how are we going engage with them? Traditional linear television was just a feed, and you know at least some of the audience would be there because you were on a network. You can’t say that even if you’re on Netflix. Your audience has to actively come find you. And so you have to constantly be putting out hooks for them to come into the conversation. And then finally you have to remember that every platform you’re on, there’s one thing they do, no matter what, every week: They push code. They change the game. And so you have to be aware of that. And that’s from me learning my experience at YouTube. Every week, no matter what, YouTube pushes code, and that can impact your content.

Ryssdal: To explain for those who are not versed in this, when you say “pushing code,’ they move a button, they tweak something.

Grace: Yeah. They change how the thumbnails appear.

Grace: Yeah. Or for the user is like, “Great! That’s exactly what I wanted.” For the content producer, it’s like, “Really? I just figured out how to do my thumbnails.” But what I think it lets us do is that we get to experiment and do things quickly. So we saw vertical video was kind of emerging as a new format.

Grace: Yeah. On Instagram, on Snapchat, and so we developed a pilot with that in mind. And so to me, it’s just more and more opportunities to tell stories in different ways.

Ryssdal: With the added challenge now of you being in the front office, of having to make money doing this.

Grace: That is also one of the more interesting parts. When we launched the company, we had basically three to four buyers in mind. It was Yahoo. MSN.

Grace: Like, we had conversation about “Yahoo’s doing digital programming.”

Ryssdal: Sorry. Coming the week that that sale closes.

Grace: I know! And then within the first six months, YouTube Red started their initiative of funding content. We heard about Go90. We heard about Vessel, which has now come and gone.

Ryssdal: Well, you heard about Go90 from Verizon, which is not doing well, right? I mean, you know.

Grace: I think people cannot underestimate how hard it is to launch a video platform, and people cannot underestimate one advantage both Netflix and YouTube have with their decade head start. Like, Netflix built a consumer base on DVD mailing and have a huge head start. They already have your credit card. That’s half the battle, getting the credit card. And then YouTube, I mean, is the most influential video platform in the history of mankind. Like, it’s extraordinary what they did.

Grace: So far. But they did that in 10 years, and then they started thinking about original programming.

Ryssdal: So what keeps you up at night, then? What’s your worst nightmare?

Grace: That the audience, myself included, don’t necessarily want to pay for content. They don’t want ads.

Grace: Myself included. I just cut my cable.

Grace: I have Hulu TV, and that’s all we do and we love it. But the audience, I don’t think understands that content needs to be paid for. And we haven’t found the right way to engage them around it.

Ryssdal: So as you look out three to five years, what does the future of digital content and your space, the space in which you work, what does it look like? Is it like cable TV or is it something else or we don’t know yet? Or is it three years is a really long time?

Grace: Three years is a really long time. I will say things that will continue to matter are story. The second thing is the audience wins, whoever has the audience wins. I think the biggest challenge over the next three years that people need to solve is discovery.

Ryssdal: Finding it, that thing you were talking about earlier.

Grace: Finding it. And not even just because I want everyone to find our shows. But I want to be able to find shows better as a viewer. And that to me, is really interesting.