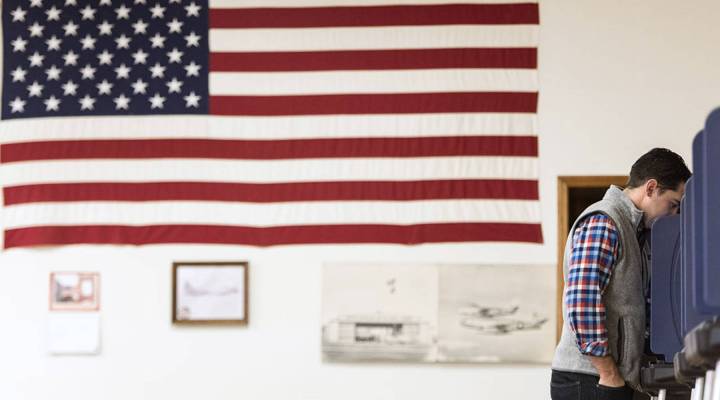 While Attorney General Jeff Sessions was testifying today at the Senate Intelligence Committee hearing on Russian interference into the 2016 presidential election, Bloomberg was busy publishing its own investigation into the affair. The piece, co-written by Michael Riley and Jordan Robertson, reports that the Russian intrusion was far more widespread than initially thought, extending to 39 states. Marketplace host Kai Ryssdal spoke with Riley about the investigation. The following is an edited transcript of their conversation.

Kai Ryssdal: So this is not, just to be clear, it’s not the Russians actually manipulating the vote, but it is the Russians hacking into voting systems.

Michael Riley: That’s right. They are not, as far as we can tell, based on the systems they were hacking into, they weren’t really trying to change the tally of the votes. It’s a really hard thing to do anyway. It’s that the voting process is really disparate. There are 7,000 jurisdictions that run these things. It’s mostly run at a county level. But they were hitting systems that that looked like you could create some chaos on Election Day, and that was the thing that worried the Obama administration.

Ryssdal: The Obama administration, you say, used another piece of cyber infrastructure, sort of the digital equivalent of the red phone, to get a hold of the Kremlin, and say, “Hey, listen, we know you’re doing this, cut it out.

Riley: That’s right. Yes. So the red phone, it’s not actually a phone, and it’s not actually red. But it does go back to the Cold War, and originally it was developed to defuse a nuclear crisis. In about 2011, they created a separate channel — same system, separate channel — for cyber. And this is the first time it was used. Keep in mind that the important thing to know, you use this system when you think an aggressive act has occurred. So that alone, pulling the trigger on this system alone, showed you how seriously they were taking this. The response of the Russians was chilly at best. They basically said, “Oh, thanks very much for the information, and we’ll look into it.”

Ryssdal: Give me a sense of scale, here, specifically with Illinois, because they let the feds in to sort of have a look at their data. What kind of information was compromised, what exactly happened?

Riley: Sure. So sometime in early July, a computer technician, who I think worked three days a week for the state, noticed that something weird was going on in terms of the state voter database. There was data leaving the system at times, and it wasn’t supposed to be leaving it. They looked into it a little more, figured out that it looked pretty serious, so they rang the alarm bells. And unlike many of the states, they invited federal investigators — FBI and DHS — to come and have a look. What they ultimately found was that they had a statewide voter database which contained all the information about all the voters in the state, and as many as 200,000 those records had been accessed by the hackers by the time investigators got there. But the other thing they found was that the hackers had tried to either alter or delete the data, and this sent a bunch of alarm bells off for the Obama administration. This was an effort to try and see if you could change the data in the system, and their view was that the reason they were doing that is to create the kind of instability on Election Day that could create huge problems.

Ryssdal: And we should say, as far as we know, no votes were changed. No tabulation was actually messed with, but other parts of the infrastructure were. Arguably the most troubling part of this piece is buried somewhere in the middle. You quote a former senior U.S. official expressing concern that the Russians now have three more years before 2020 to build on their knowledge base, plus whatever they did in the last, you know, how many years it was that they were poking around before.

Riley: That’s right. And in fact, there’s a question about why the Russians didn’t actually pull the trigger on some of these capabilities on Election Day. Maybe the pushback worked. But one of the people that was right in the center of this stuff, who I talked to, said he thought it was because, in fact, the system is so hard to understand, and so complicated, even after months of hacking, the Russians just didn’t have enough to do what they wanted to do. But, he pointed out, they learned a heck of a lot. And what they learned, they can now continue to sort of build on over the next months, and we should continue to expect them to do so. And they’re likely to come back and try it again in 2018 or 2020. And that’s exactly what former FBI Director Comey said in the hearing. He’s like, “These guys are coming after us and they will be back.”