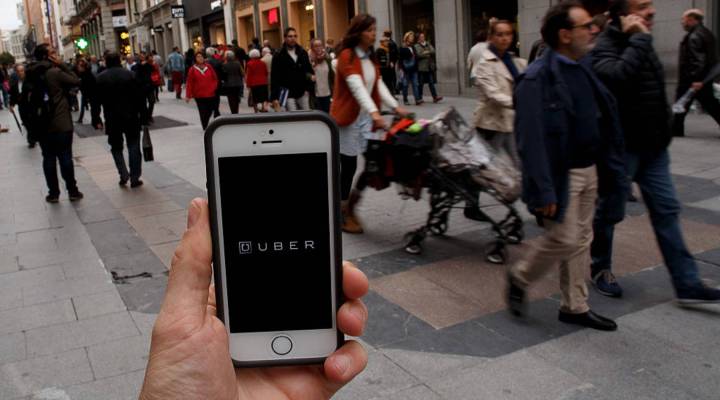 Uber has fired 20 people as outside law firms investigate the company’s culture and allegations of sexual harassment. Uber is awaiting a full report from a team led by former Attorney General Eric Holder.

In the midst of all that, Uber announced this week that it has hired Harvard Business School professor Francis Frei to be its senior vice president of leadership and strategy. Marketplace’s Molly Wood spoke with Frei about changes she wants to make, why she took the job, and why she believes the company’s mission is vitally important. Below is an edited excerpt of their conversation.

Molly wood: I understand you’ve been consulting with the company for a while, but why you? What is your specialty?

Wood: And so in that three months, what did you determine that made you decide that this was worth it and you can do it?

Frei: I diagnosed three main challenges. One is that the collection of senior leaders did not act like a senior leadership team. And so it needs to move from individuals to a team. The second observation is that there are I think 3,000 managers in this organization, and when folks struggle at this organization, or indeed when they leave, it’s almost always because of an interaction they had with their manager. So you’d think, “oh gosh, we have bad managers.” It turns out we have not been giving leadership training to our managers. So the managers haven’t been set up for success. And I think organizationally we do not have a clear and coherent strategy that will allow everyone to row in the same direction.

Wood: If you had to pick one of those things that was your Day One task?

Wood: Everything I have heard from Uber employees is really that all things flow through Travis. That’s not uncommon in the Valley. Is it particularly pronounced at Uber?

Frei: What’s particularly pronounced is that everything can reach Travis because there’s no team to absorb it.

Wood: How about the willingness to change? How committed is Uber to real change?

Frei: So this is the due diligence I did for those few months. One, is to diagnose the problem to make sure that I’m a good fit, which I did. Two, is to make sure that these are the good guys. I only help good people and good organizations. And then I had to convince myself that the people were terrific. I’ve met over a thousand of them in meaningful interactions, and I have to tell you they are just earnest, lovely, smart, open, open, open to help.

Wood: And what’s the upside for you in all of this?

Frei:  Oh. So, this is the most important industry of our time. No disrespect to any other. It’s at an inflection point where honestly it could go either way. And I have been given the opportunity to come in and make a difference. I’m kind of the luckiest person in the world.

You can listen to Wood and Frei’s complete conversation above.