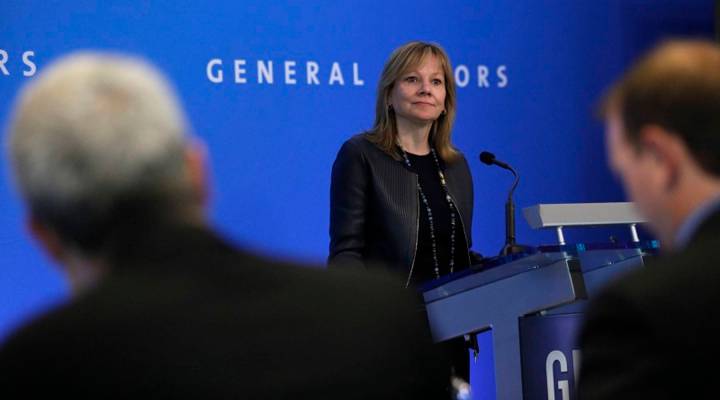 General Motors shareholders may have rejected a plan to split the company’s stock and decided to keep its board intact, but the battle between auto leadership and stockholders who want to boost stock prices is beginning to feel a bit like a refrain.

The GM challenge was led by David Einhorn, an activist investor and founder of Greenlight Capital. Last month, Ford ousted its CEO, Mark Fields, amid pressure from its stockholders, but GM, also under pressure, is in a different spot than Ford.

GM’s stock is down about 16 percent since Mary Barra took over as CEO. Compare that to a 37 percent decline for Ford under Fields. And GM’s profits have also recently been better than Ford’s.

Nick Bunkley, who covers GM for Automotive News, said the company spelled out a specific plan and made significant investments in ride-sharing and autonomous vehicle technology.

“Ford didn’t really do any of those things,” he said. “They were not sure where they were moving, and they were not moving there very quickly.”

That’s basically the opposite of what investors want. So, Ford got rid of Fields.

“What shareholders are looking for is predictable, profitable growth,” said Jason Green, CEO of The Cambridge Group, a consulting firm.

Today, the automotive industry is anything but predictable. And GM isn’t just competing with Ford and Honda anymore. Sure, it has to worry about Tesla and electric vehicles, but also Apple, Google and Uber as the line between automobile manufacturer and tech company continues to blur.

“And that’s where this disruption becomes so difficult for the management team to be able to correctly forecast that and to navigate all of those changes,” Green said.

Shareholders aren’t interested in hearing about how tough the job is. They want returns.

“This view of a shareholder as the owner of the company, able to tell the board and management what to do, is unrealistic, and its implications are really harmful.”

That’s also something GM investors aren’t interested in hearing right now. They’re watching everything GM leadership is doing and hoping that growth plan is prepared for the future while producing profit now.