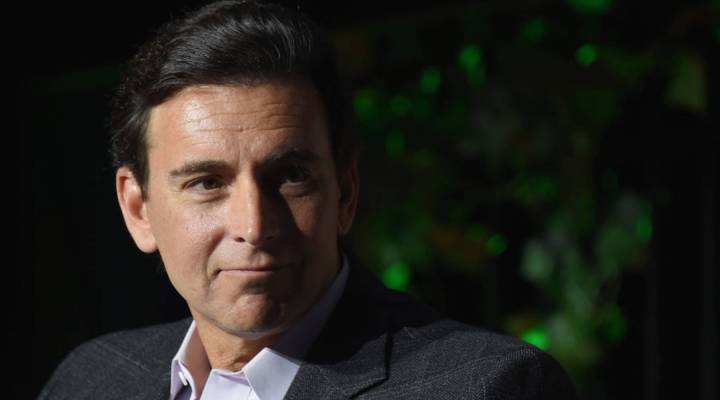 Ford is replacing CEO Mark Fields. The auto company’s stock price and U.S. market share have been falling, and last week it announced plans to lay off 1,400 people.

Fields was known for looking to the future. As CEO, he invested billions in new technology, like self-driving cars. In an interview last October, he told us: “The transportation systems that have served us so well around the world for the last 100 years—they’re not going to work for the next hundred years when you look at population densities in cities.” (Listen to the full interview below.)

But investors said he wasn’t paying enough attention to Ford’s core business in the present: selling trucks and SUVs.

“I think Ford is trying to position themselves as having a hand in everything that could possibly happen in 15 or 20 years so that they don’t miss out,” said Dave Sullivan, an analyst at AutoPacific. “But let’s not the beat around the bush here. The F-Series is what keeps the company going. The pickup trucks.”

Ford sells more than 70,000 of those a month, Sullivan said.

And it seems he has experience leading a company to change with the times. According to his online bio, he predicted companies would move away from cubicles and toward open office plans. That strategy worked, but in the process, he cut thousands of jobs and moved some production to Mexico.

Hackett’s challenge will be balancing the new with the old, said Brian Moody, executive editor at Autotrader.

“We’re still headed toward a place where people might not own cars, or if they do, they share them,” Moody said. “So it has to be a combination of both.”

That means selling more pickups and developing a self-driving car.