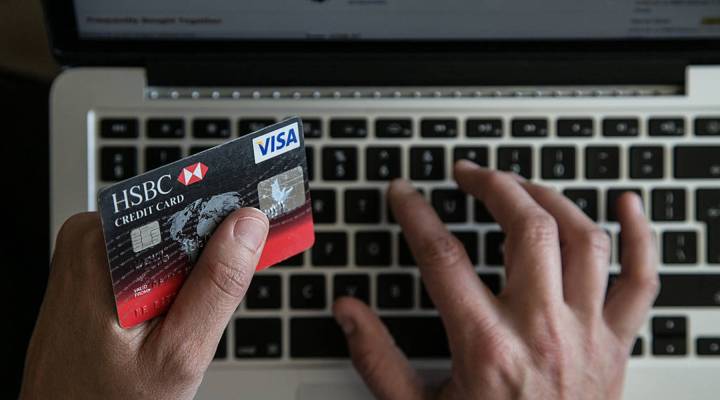 When crowdfunding sites like Kickstarter and Indiegogo first got their start, the idea was that all an entrepreneur needed was a cell-phone camera and a dream.

That’s what 23-year -old entrepreneur Adrian Lievano thought. He and his business partner had created a water filter, and they wanted a place to test out consumer response to their product without launching it full scale. Kickstarter seemed perfect.

Lievano hadn’t realized how complicated and expensive the process could be. He wondered if the simple video they’d initially planned, one shot on a cell phone, would be enough. Videographers were offering to shoot fancy aerial footage using drones which sounded great — at first.

“Oh yeah. We had to check it out,” he said. “Then we got a quote and we were like ‘we should not do that.'”  Prices for drones, said Lievano, ran more than $10,000. Their entire budget was only $5,000.  They’d also drawn up a list of 800 friends and family to who were excited about their new company. But then they learned that wasn’t enough names.

“When we spoke to some of our friends. They were like ‘you need at least 5,000,'” he said. “We were definitely surprised when we learned that we needed at least 5,000 people on our email list, which is not something that you just get overnight.”

Crowdfunding is a now an established part of the entrepreneurial landscape. Together, Kickstarter and IndieGoGo, two of the largest platforms, have raised nearly $4 billion dollars to help fund projects. And as crowdfunding has grown in popularity, an entire industry of services has sprung up around it. Crowdfunding consultants, videographers, social media managers and marketers all now offer their services to entrepreneurs who want to run crowdfunding campaigns. And their services all cost money.

The consulting industry around crowdfunding reflects the increasing competition for dollars, as well as funders’ expectations for professional-looking content. Lievano and his partner hired a PR company to help spread the word about their campaign.

But the point of crowdfunding is to raise money, not to spend it. So should entrepreneurs like Lievano pay for fancy videos or a consultant who says they know how to make campaigns go viral?

“Anyone who tells you they know is wrong. I cannot find any factors that predict virality and I’ve got all the data,” said Ethan Mollick a professor of entrepreneurship at Wharton and creator of the school’s crowdfunding study.  You cannot pay to go viral, noted Mollick. It just happens. Like the potato salad incident of 2014.  When a guy by the name of Zack Danger Brown raised over $55,000 to make potato salad.  Yup – potato salad.  But Mollick said entrepreneurs tend to be over confident. They often have outsized beliefs about the strength of their plans. They don’t want to hear that virality cannot be bought, which can lead to expensive problems.

“The biggest mistake, the thing I warn people away from the most is setting a goal that’s too low because they expect that they’re going to be the giant viral hit and raise $50 million,” he said. “It’s not going to happen.”

Only 10 percent of projects raise 25 percent or more than their goal, Mollick said. “And the worst thing in the world for you is you’ve just raised $50,000, but you secretly knew you were going to raise a million dollars and your project cost $200,000 to make. That’s a disaster,” he said.

Instead crowdfunders should think more simply. “A single spelling error on your site is associated with a 13 percent decrease in your chance of being funded,” Mollick said.

But really, Mollick said, crowdfunding isn’t about spending to attract investors who’ve never heard of you. “Crowdfunding is not just about funding – it’s about the crowd,” he said. Your crowd.

“It can be the local theater crowd in Bozeman, Montana supports you because they know you’re a great theater artist. It can be people who are really interested in model trains and you happen to have come up with a a new kind of interconnected track piece, and you have a reputation in that world, so they fund you,” said Mollick. “So it really is about this community piece, not about spending a huge amount of money and effort to attract people who’ve never heard of you and who you have no reputation with.”

You should target whomever wants to see your dream happen. The majority of funding, said Mollick, comes from family and friends. “The people you know and who know you, and trust you and the success of your crowdfunding campaign,” he said. “And those people don’t necessarily need drone-based videos and elaborate 3-D models to make things work.

Julie Hui researches crowdfunding at Northwestern’s Delta Lab. As crowdfunding has gotten more popular, sure, more pricey services have cropped up offering to make campaigns appear more polished, she said. But so have experienced crowdfunders willing to help each other – for free.

“The people who’ve gone on crowdfunding, because it was a platform for more of the underdog, they see themselves – or part of their responsibility — as helping the new crop of underdogs succeed,” she said.

She pointed to Reddit as an example. “People post their campaigns to get feedback and there’s just this community around giving feedback and giving advice, that doesn’t cost like thousands of dollars for a marketing agency,” she said.

And for entrepreneurs worried about having their projects outshone by backers with fancy videos created with bigger budgets, Hui said the opposite is true. The success of big projects can draw more potential backers to crowdfunding sites, raising the profile of the platform as a whole.

“That’s why a lot of people like to use platforms like Kickstarter or IndieGoGo,” Hui said. “Now that people know what they are, they kind of trust the platform and they also see that it is a place where successful things happen.”

Kickstarter says it still democratizes access to funding. Most of the projects that succeed on its site are small. Sixty nine percent raise under $10,000. But Lievano’s project raised more — $2,000 more than its goal. And by the end, Lievano said he learned a lot. Like, that his company needed to focus on the market it serves – urban areas in East Africa, not the United States, which he said saved time and money in the long run.

Lievano’s campaign cost three times more than he expected and three months of full time work to prepare. “So if you think about all the time, besides the cash that was invested, it was a significant decision to undertake,” he said. Still he said, he would do it again, this time, taking into account what he’s learned.

“When you’re an entrepreneur and you have an idea, you’re like ‘this is the best idea in the world,'” he said. “It could be the best idea, but you have to make sure it’s for the right person who thinks it’s the best idea.”