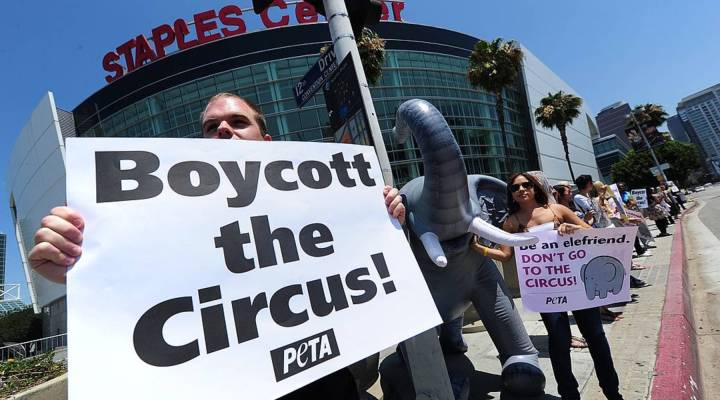 Ringling Bros. and Barnum & Bailey is calling it quits after a final show this Sunday. When Ringling announced it was shutting down for good, the folks over at the PETA were ecstatic.

“I think it’s an indication of the fact that people now, see using and abusing animals for entertainment is really a throwback to a less enlightened time,” said Lisa Lange, senior vice president of communications at PETA, or the People for the Ethical Treatment of Animals.

Victory in hand, the group now has more energy and resources to turn up the heat on other parts of the entertainment industry. SeaWorld. Other circuses. Road-side zoos.

“We have an entire campaign that’s dedicated to animals used and abused in film and television,” said Lange.

PETA spends millions of dollars each year organizing grassroots campaigns against animal abuse. When it comes to animals on film, PETA takes a hard stand: there should be no animal actors. Period. The end.

“The problem is that when animals are used, corners are cut, because time is money,” said Lange. “Anyone who’s been on a Hollywood production knows that they’ve got to move really quickly.”

Gary Baum, a senior writer at the Hollywood Reporter who has done extensive investigative reporting on animals abuse in the industry, said the issue dates back to westerns and war films.

“Hollywood has had a very long and very rough history with animals,” Baum said.

Take the 1939 film Jesse James — a horse was sent careening over a cliff, into water below. It died and caused outrage.

That’s when the American Humane association got involved in filmmaking. It’s the behind those “No Animals Were Harmed” tags you might have seen at the end of movies. Even so, said Baum, for decades more animal actors were basically used as living props.

Over the past 10 years or so, said Baum, “it’s likely improving. But it’s really a mystery, for the most part, where we’re at. Oftentimes things go wrong and we end up hearing about it after the fact.”

“I can’t even remember time where I didn’t feel very sensitive about animals,” said Polone. “I didn’t have a lot of friends when I was growing up. My best friend was a cat. Throughout my entire life, pets have been the other entities I have been closest to.”

He’s a vegan. He thinks exotic animals shouldn’t be used as actors. And, here’s the interesting bit. A movie he produced, wound up on the wrong side of PETA.

“A Dog’s Purpose,” is about the bond between humans and dogs. PETA boycotted it earlier this year, after a video surfaced on TMZ, showing a resistant dog being forced into water for a shot.

“There was something that happened on the set, which was a dog was put under stress for about 30 or 45 seconds, and that shouldn’t have happened, “Polone said. He said the video was edited to make the situation look worse than it was. He wasn’t on there when it happened, but has reviewed the full footage.

Polone is upset that the incident happened. He sees it as a symptom of problems with the way animal oversight in Hollywood works.

Even so, he doesn’t agree with PETA’s no-animals-on-set-standard.

“The problem with that is that you can’t replace every animal with a digital animal.” He estimated the cost of a movie like “A Dog’s Purpose” would have jumped from $20 some million to more than $100 million dollars if all the dogs were digital.

And at that price, he said, it just wouldn’t have been made. Which he sees as a problem for animal-rights advocates. “If people at home and children start watching movies and they don’t see any animals — that disconnects them from animals.”

But, it’s a worry is unlikely to temper PETA’s mission. Especially coming off a win like the end of the circus. 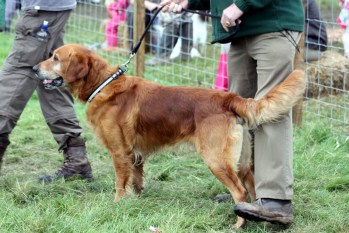