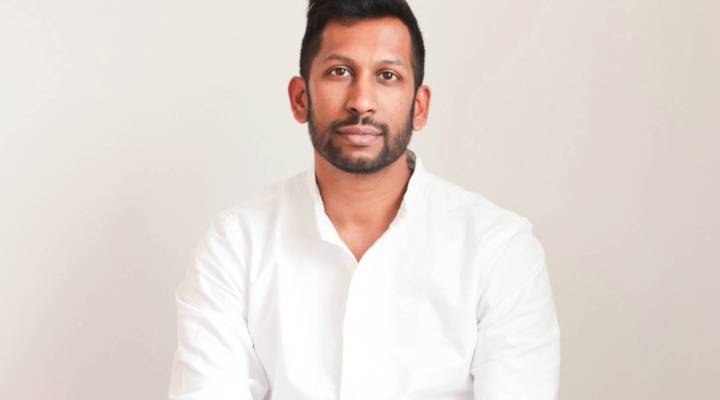 COPY
Hirway is part of the band One AM Radio. He's also behind the podcasts "Song Exploder" and "The West Wing Weekly." Song Exploder
The Marketplace Quiz

Hirway is part of the band One AM Radio. He's also behind the podcasts "Song Exploder" and "The West Wing Weekly." Song Exploder
Listen Now

No matter who you are, you’ve probably had a rough day at the office that changed your perspective, or maybe you made an impulse purchase you really, really wish you could take back. This week, musician and podcaster Hrishikesh Hirway took our money-inspired personality questionnaire. His podcasts “Song Exploder” and “The West Wing Weekly” can be found here.

A place to live. The first thing that I think of is a home.

Are you a homeowner?

I am now. I moved into my house three years ago. It’s great. I mean, it’s just really nice to be able to transform it into things that you envision, and not feel like you can’t even paint the walls without having to think about [if it] is going to be worth it [and if I’ll] have to repaint them when [I move out]. … It feels like you’re actually building something, and you can actually express your identity in this external way. I really, really love it. It kind of feels like an ongoing, long-term art project.

Can I be doing the same thing but just more successfully?

That seems doable in this life.

All right, so [I’ll] keep that for this life. In the next life…

Star of “The West Wing”?

My skin is definitely too thin to be an actor. I don’t think I could ever do that.

Maybe in your next life it’ll be thicker.

I’m not sure that people realize how much editing actually goes into a podcast in order to make it sound like it’s not edited. [For example], “Song Exploder” is a very short podcast, and I think that that might seem like it’s easier to make because it’s short. I think that people maybe don’t realize that making it short is actually really difficult.

It’s funny, I think making “Song Exploder” has been, in part, an attempt to demonstrate how difficult it is to make music. I think that the kind of underlying thesis of that show is that making songs isn’t just a matter of a genius with a brilliant idea, struck with inspiration, and then suddenly you hear the song, but there’s actual real labor that goes into it.

When did you realize that doing podcasts and music could become an actual career?

I’d been working at a startup after college, and I had recently taken like a little bit of time off from the job to do a two-and-half-week tour. Shortly thereafter, I had gotten laid off. But I was still kind of riding the high of having done that tour, and how gratifying that was. That was, I think, the first time when I felt like I’m going to go for it, you know, whatever it takes to try and make that my full-time job. I’m going to do that. So instead, I’m going to have a job and fit music into my life wherever I can. I was going to flip the priorities and say “music is my life,” and then I will work and do whatever I need to in order to support that life.

You know, I think that I actually got this advice and didn’t listen. I wish I had listened more. I remember feeling anxious about where I was with my career when I was a musician, and what I was doing, and then thinking about other people and other people’s success, and what I was doing wrong, and why I wasn’t in the same place. [Then] somebody I know told me “it’s not a race.” I think that was really valuable advice, and I wish I had paid more attention to it, because I think I could have saved myself some heartache if I could have actually heard it and taken it to heart. Now I really believe in it.

How has that informed your actions now? Or has it?

I think it’s just allowed me to relax a little bit, not in terms of the pace at which I work or the scale of ambition or anything like that, but just in terms of the anxiety around it, like you work as hard as you can, and you go as fast and as far as you can as quickly as you can, but the race is not with other people, the race is just with your own sense of determination and will and work ethic.