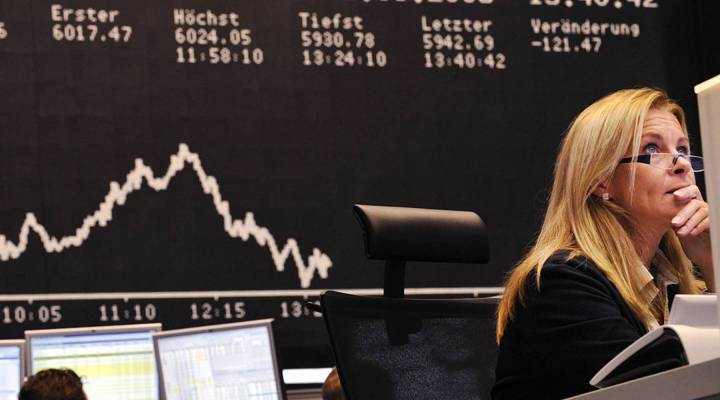 COPY
The SEC in August expanded the definition of who can be an accredited investor, which will now allow more people to invest in private equity. Thomas Lohnes/AFP/Getty Images

The SEC in August expanded the definition of who can be an accredited investor, which will now allow more people to invest in private equity. Thomas Lohnes/AFP/Getty Images
Listen Now

The asset management industry has a diversity problem. Just 1.1 percent of the $71 trillion in private equity, mutual, hedge and real-estate funds is managed by firms that are owned by women or minorities, according to a new study from Harvard and Bella Research.

The study, commissioned by the Knight Foundation, finds no difference in performance between diverse-owned firms and their non-diverse counterparts. So what accounts for the lack of inclusion? Alberto Ibargüen, president and CEO of the Knight Foundation, joined Marketplace Morning Report host David Brancaccio to talk about how his organization is working to understand and address this issue. Below is an edited transcript.

Alberto Ibargüen: It is mainly white males who are managing all that money. Only about 1 to 5 percent depending on the category is managed by minorities or women and the categories are mutual funds, private equity hedge and real estate.

David Brancaccio: If we just stop for a moment, just reflect on what you just said. Ninety-nine percent chance it’s a white guy who owns the company that manages your money.

Brancaccio: It’s really striking. Now, we cover diversity as a crucial issue here on this program, but I wanted to ask you why did you have your foundation commission this study?

Ibargüen: Well, I’ll tell you. I had just been appointed some years ago. I had just been appointed president of Knight Foundation. I was invited to be on a panel by a woman named Mellody Hobson. She is president of Ariel investing in Chicago, and she said, “I’m going to ask you how much money you have under management.” I said, “Sure.” So I hung up, I called our CFO and I said, “How much money do we have?” And I knew we had just invested $7 million with a firm called GenNx360. And Juan said — Juan Martinez — said, “$7 million.” And I said, “Well, no. I don’t mean just the thing we just did with Lloyd. I mean the whole thing,” and he said, “$7 million.” I thought if we — all things being equal, we’ll give the nod to the woman or minority firm. And so we started looking at what does “all things being equal” look like, and who’s making the decisions. Well, who’s making the decisions generally in endowment offices, generally have been white males. And we are now almost at $500 million. It’s about 22.2, 22.5 percent of our assets are under management by minorities and women. And the best part of it is they are performing at or above the same level as all of our other managers in those sectors.

Brancaccio: So a foundation like yours is focused on this. We see some wealthy individuals trying to diversify the ownership of where their money is managed. How do you get the big money, the institutional investors, the pension funds, hip to this whole thing?

Ibargüen: One of the reasons for focusing on foundations and then possibly on university endowments is that you will develop a track record that will make a compelling argument for the kinds of really big funds that you’re talking about. But frankly, I think they could start now. It’s not something that you do overnight. These are data-driven people. They are in a hard business of making money for good reason. We need to give them all the tools they need in order to make the right decision.