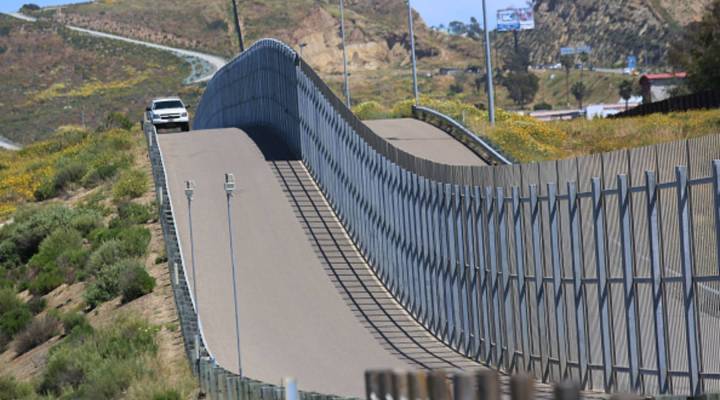 Today is May 1, known as May Day, where demonstrators from across the globe take to the streets in support of worker rights. Here in the U.S., the date has also increasingly become intertwined with immigrant solidarity ever since 2006 when mass protests took place in response to a proposed immigration policy. This year’s protests in the U.S. are expected to attract larger numbers than usual, partly in response to President Trump’s rhetoric on immigration.

Ever since the president announced his candidacy back in June 2015, building a wall on the Mexican-U.S. border has been a promise he has steadfastly supported. Most recently, $1.5 billion was set aside for border security in Congress’ spending bill, but funding for a border wall was kept out of it.

Immigration has nonetheless been a hot-button issue. To gauge how Americans feel about the issue, our latest Marketplace-Edison Research Poll asked respondents a series of questions related to the topic, and what we found was public sentiment mirroring the same partisanship that’s dividing Washington.

Trump’s proposed wall on the southern border and emphasis on an “American first” policy, protecting jobs from being outsourced and potentially renegotiating trade deals has drawn strong criticism from Democrats. And our poll’s findings suggests Americans’ feelings on immigration are also divided by political affiliation:

Republicans tend to favor stricter immigration laws, especially on border enforcement, but the divide on this question might be due to the “Trump effect,” said Mary Meyn, director of research at Edison Research, which conducted the Marketplace poll.

“I don’t know if the difference would have been this stark,” Meyn said. “Clearly, when we’re talking about a wall, that’s Trump’s proposal. He campaigned on it, he’s still campaigning on it, and he’s still talking about it. You’re definitely seeing some of a Trump effect just because it’s his policy.”

On the issue of jobs, respondents are also split among party lines. When given the choice between two statements — “Immigrants take jobs away from American workers” or “Immigrants do the jobs Americans don’t want to do” — Democrats are far more likely than Republicans — 72 percent to 39 percent — to say that immigrants do the job that Americans don’t want to do. This divide is a little more complicated to attribute to Trump, given the GOP’s stance on immigration before his campaign.

“The idea that immigrants take jobs from American workers or immigrants taking the jobs Americans don’t want to do, I’m sure there is a partisan divide,” Meyn said. “But it’s impossible to know how much of it is just Republicans going along with what Trump is saying or something Republicans have been saying for years.”

There is agreement, however, on granting visas for short-term or skilled workers. A majority of Democrats and Republicans say expanding these visas will help the U.S. economy; 60 percent of Americans support the idea. This finding comes in light of our poll finding American’s are less worried about losing their jobs and feeling less anxious.

The partisanship is not new. In our last research poll, conducted in October, just before the election, we asked whether the U.S. economic system is “rigged.” Of those who said yes, a majority of Trump supporters singled out immigrants or people on public assistance as the beneficiaries. Most Hillary Clinton supporters disagreed, saying the economy was not rigged to benefit those two groups, but was rigged to benefit white people the most.