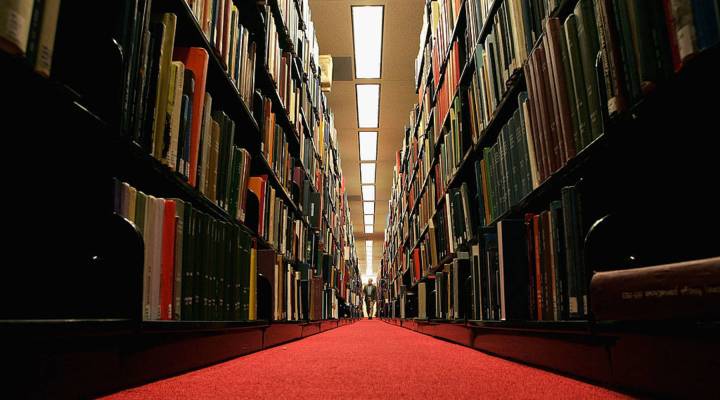 In our series on “hacktivism,” we take a deeper look at how hackers use their digital toolkit to push for a particular agenda. We looked at the debate over Sci Hub, a site that allowed scientific research papers, previously behind a paywall, to be shared with everyone. We heard from John Bohannon, a contributing correspondent for Science Magazine. Below is an edited transcript of his conversation with Marketplace Tech host Ben Johnson.

Ben Johnson: So explain to me exactly how Sci-Hub came about.

John Bohannon: It started as the side project of a 22-year-old neuroscience grad student named Alexandra Elbakyan. What happens when you click on a link to a scientific article is you hit a paywall. And sometimes you’re expected to pay as much as $30 just to read one article. That pissed her off. So her idea was, “Hey, let’s make a central clearinghouse where everyone can have PDFs. So it’s basically the same kind of setup as a pirate movie site, except it’s all scientific papers.

Johnson: What have been the personal consequences for her making this website?

Bohannon: Alexandra’s basically on the run from the law. She is facing the same kind of charges that Aaron Swartz faced before his suicide.

Johnson: Aaron Swartz, just to give context here, Aaron Swartz is the student and sort of open data activist who was making academic research from MIT available for free and then was threatened with a lawsuit from the FBI and eventually killed himself, right?

Bohannon: Correct. She’s facing not only copyright infringement, but also hacking charges, which are very serious.

Johnson: Do you consider this a form of hacktivism?

Bohannon: I think it’s hacktivism on a grand scale. So this isn’t a subversion of a single government or a single institution. This is essentially hacktivism of the entire system of scientific communication.

Johnson: On behalf of the idea that information wants to be free.

Johnson: Your work is available for download on Sci-Hub. Why are you OK with it?

Bohannon: Well, me personally, as a freelance journalist, I have no skin in this game. It really doesn’t bother me at all that an article that I wrote is available for free to read in an indirect way. It might have a negative impact on the organization that paid me to write it, which is Science. It would be sad if this somehow led to the crumbling of this institution.

Johnson: But it’s arguable it could, right? Because you know Science Magazine gets paid, you know, to produce the content it produces, presumably by advertisers and others, right? And so your work becoming totally free on Sci-Hub makes it harder for Science Magazine to make money.

Bohannon: Right. And so it’s a tradeoff. If you feel like the law is wrong, many people would say then the thing to do is not break the law but get the law changed. And people have been trying very hard for a very long time to get that changed. And with no success.