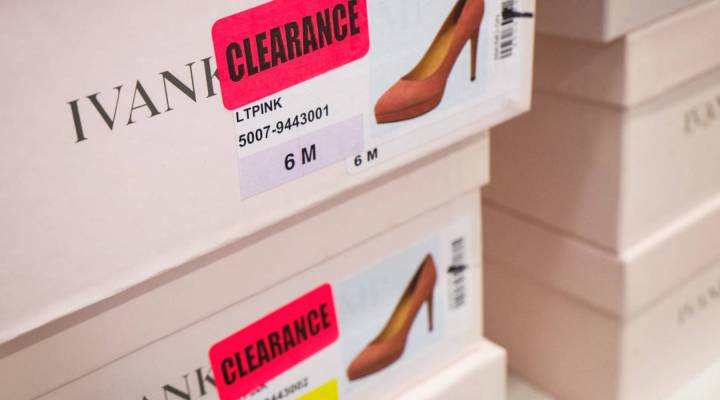 COPY
Ivanka Trump's fashion line was pulled from some stores after the election amid a boycott of Trump-branded products. Above, her shoes are on clearance at the Century 21 department store in New York City. Drew Angerer/Getty Images

Ivanka Trump's fashion line was pulled from some stores after the election amid a boycott of Trump-branded products. Above, her shoes are on clearance at the Century 21 department store in New York City. Drew Angerer/Getty Images
Listen Now

It’s more controversy for the beleaguered brand, which was pulled from Nordstrom and other stores post-election amid a boycott of Trump-branded products. The Trump-Vittadini swap could have been made for political reasons, but not necessarily. Relabeling is common practice in garment retail, especially for high-end brands who don’t want to be seen in discount stores.

“Many high-fashion brands take that route to take care of their unsold inventory without harming their brand image,” said Chitra Dabas, who teaches retail management at Cal Poly Pomona.

“For decades, savvy consumers have adored the idea of being able to go into a Century 21, a T.J. Maxx and find things that they cleverly recognize as being from high-end labels, only without the label,” said Susan Scafidi of the Fashion Law Institute at Fordham University.Relabeling is legal as long as all the parties involved are cool with it. It can also lead to good deals for shoppers.

But if G-III is swapping Ivanka’s tags to get around the boycott, Scafidi said it probably won’t work.

Scafidi said maybe the entire system of relabeling needs to be rethought and made more transparent. 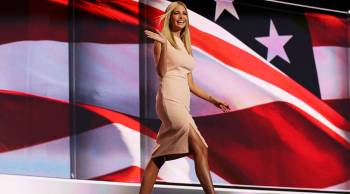