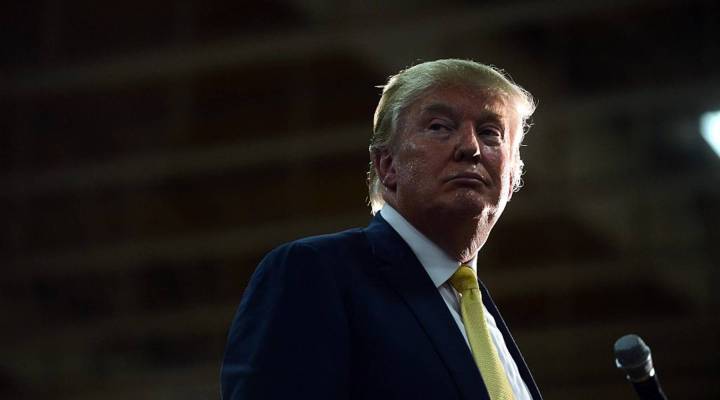 Just before Election Day last fall, our poll showed that we were experiencing increased levels of economic anxiety. But how is the country feeling now? Larry Rosin, president of Edison Research, joined us to talk about which results were surprising, how people perceive President Trump’s tweets, and what Americans value most in a job. Below is an edited transcript.

Larry Rosin: This is one of the many surprise findings of this survey: economic anxiety went down, and it went down somewhat dramatically since the last survey before the election. What’s interesting is it’s pretty much across the board, and it’s not clear if it’s despite the election, because of the election, or if the election actually is incidental to just general trends that are making people feel more confident.

Brancaccio: Did you find that anxiety is down in every age group?

Rosin: No. There was one group where anxiety actually rose a bit and that was among 18- to 24-year-olds, the youngest people in our survey. And there’s a lot of underlying factors that lead to that anxiety. Things like student loans, or fear about finding a job, keeping a job, fears about health care — all kinds of things. But also you see that this is the group that by far has the least positive impression of President Trump’s handling of the economy. So that probably is a factor as well.

Brancaccio: Larry, we also asked about some of the approaches advertised by the Trump administration, whether people support publicly pressuring companies off their tweets about business decisions. What do we find here?

Rosin: About equal numbers of people said it’s a good thing that President Trump pressures businesses and a bad thing that he does. What’s fascinating, however, is that Republicans are more likely to like the idea of him pressuring businesses, and Democrats less so. It shows how just clear the partisan story is. If you just asked on sort of a blank slate, “how do you feel about the government pressuring businesses?” — traditionally and historically, Republicans would have been opposed to such an idea. And Democrats probably more in favor. Once you inject the word “Trump” into it, it does really change a lot of the perspective on things.

Brancaccio: So in our perpetual search for at least some common ground in America, is there anything that we’re more likely to agree on based on the latest findings?

Rosin: Huge majorities of Americans on both sides of the aisle were extremely supportive of a large scale infrastructure spending program. There was also overwhelming support for the idea of raising taxes on businesses that move manufacturing jobs overseas. Both Republicans and Democrats supported that in huge numbers. And what I find interesting about that is some of the other things that Trump has focused upon — trade deals, building the wall and immigration — are very much less popular. And so if he looks at our poll, he’ll probably pivot to these things that are broadly popular and that might improve his standing with a lot of people.

Brancaccio: So talking about anxieties, health care comes to mind for a lot of people, the future of Obamacare and so forth. What do we know from this data?

Rosin: We found that the level of anxiety about health care is exceptionally high. A huge majority of people say they worry, at least sometimes, about health care — about it wrecking them financially, about being unable to find insurance or being able to pay for things. So of all the reasons that people have economic anxiety in the states, it turns out health care is probably the single biggest driver. More so than even jobs. And in a previous survey, we asked a question about what makes a good job — including fulfilling work, good pay, being treated fairly. And yet having good health care as part of that job was actually the single biggest definition of a good job for people.

Rosin: Yes, absolutely. Of course for most people, their health care is attached to their job. And so if you lose your job, you’re thrown into uncertainty about your health care. And then, of course, the people who have obtained health care through Obamacare and the new exchanges and things of that nature have tremendous concern about: if that were repealed, what would it be replaced with? And would they no longer be able to afford insurance?

Brancaccio: Now a major part of economic anxiety is whether or not you hold your job. Most Americans are not worried about losing their job in the next year we find. But 40 percent are and I’m very interested in what people are specifically worried about. Why might they lose their jobs? What did we find out?

Rosin: People in the hourly wage world are much more concerned about work, whether it comes and whether it goes. It’s just a world that provides a lot less certainty in the day-to-day work world. And then those concerns are exacerbated by trade and immigration. And if you look at people who are on an hourly wage, they are much more likely to be concerned about the effects of trade deals and the effects of immigration on their ability to make a living.