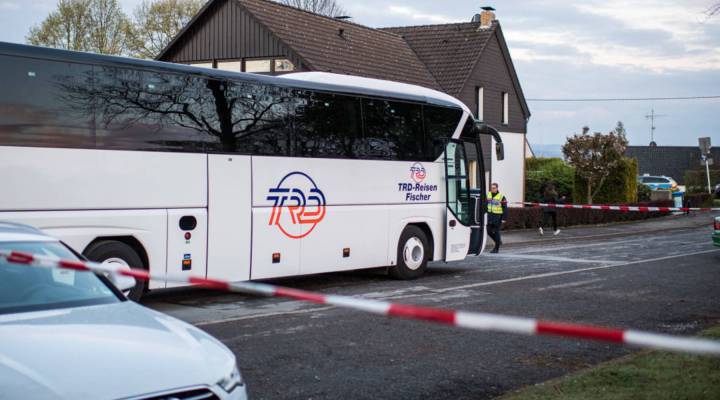 Authorities are now saying the incident has no extremist connection. Two people were hurt during the April 11 attack, including a player with shrapnel wounds.

Damien McGuinness, a correspondent for the BBC, said that prosecutors suspect Sergej W. took out a loan and then purchased put options on shares of the soccer team — Borussia Dortmund — worth around $83,000. This is a way of betting on the share price falling.

His possible line of thinking: The attack — if it seriously injured teammates or even killed them — could have caused the share price to plummet, garnering him a lot of money.

But shares of the team actually rose above their pre-bombing price the day after the attack, reported the New York Times.

McGuinness said investigators found the suspect because he had bought the put options online with an IP address in the same hotel where the team had been staying. He had also booked a room with a view over the road where the team bus was on its way to the stadium.

Prosecutors believe that he activated the bombs remotely from his hotel room, McGuinness added.

“I think what was also interesting about this particular attack [is] there was a lot of confusion when it happened. There are a couple of letters claiming responsibility on behalf of the so-called Islamic State, but another letter claimed responsibility on behalf of right-wing extremists,” McGuinness said. “A lot of people were quite cautious, because we’ve had various attacks over the past years in which people have assumed it was Islamist in nature and it turns out not to have been.”