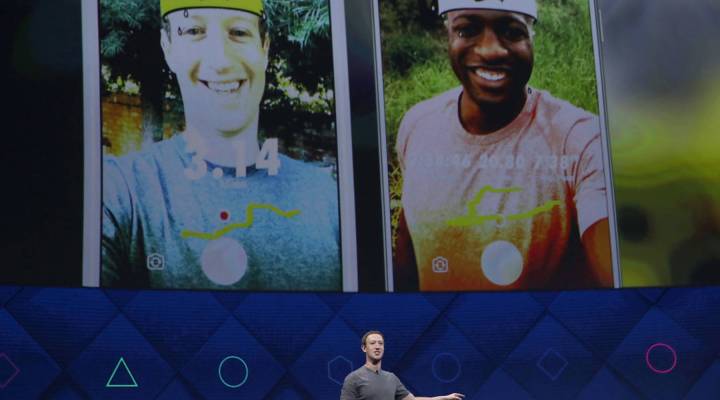 Facebook’s annual conference for software developers, F8, wraps up today. Usually there’s much ooh-ing and aaaah-ing over whatever it is that Mark Zuckerberg introduces.

Not so this year.

“The big takeaway, put simply, is that Facebook has copied Snapchat as far as it can, and now it’s going to try and outpace them,” said Molly Wood, senior tech correspondent. Wood said that Facebook is moving away from virtual reality on its Oculus Rift platform and toward augmented reality on your phone, something its competitor Snapchat is already doing.

Facebook is getting better at acknowledging “the many, many unintended consequences of their actions” and “the power and reach of their platform” Wood said, including its handling of fake news on the social media site. But putting an augmented reality camera on your smartphone is an “effort to have you view the entire world through your phone, running Facebook.”

You can hear much more about Facebook and digital privacy on this week’s episode of Make Me Smart.