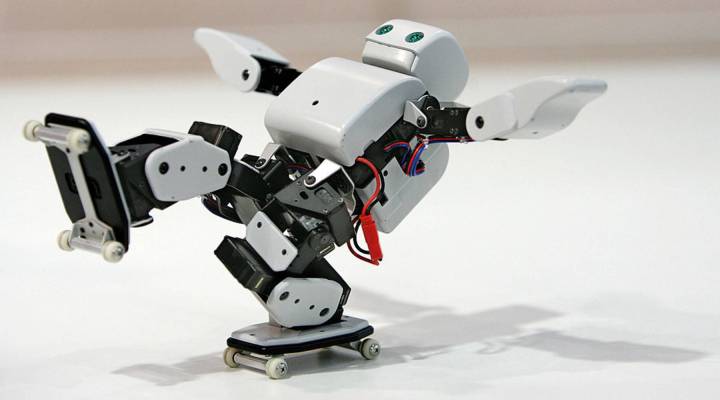 By some estimates, nearly half of the work in America could be done by machines and software using current technology. Look out five, ten, twenty years and the impact of technology could be even more radical. All this week on the Marketplace Morning Report, we’re looking at ways to take advantage of automation in the workforce — rather than letting it take advantage of us. For instance, what if the government put a tax on robots? It’s an idea that philanthropist and Microsoft founder Bill Gates has proposed.

“Right now, if a human worker does $50,000 worth of work in a factory, that income is taxed,” Gates told Quartz in February. “If a robot comes in to do the same thing, you’d think that we’d tax the robot at a similar level.”

Lawmakers in the EU voted down a similar idea earlier this year. And for now, it doesn’t look like there’s much support in the U.S. either. Former Treasury Secretary Lawrence Summers told us he thinks the idea is illogical.

“At the practical level, why robots?” he said. “Word processing programs displace secretaries; dishwashers, the automated kind, displace dishwashers, the human kind; electricity means many fewer people in jobs carrying things from one place to another. Why would one single out among possible technologies, robots?”

“There’s a deeper question, which is, should it be the objective of policy to encourage more rapid technological improvement or should it be the objective of policy to retard technological improvement?” he said. “It’s always seemed to me that enlarging the pie as much as possible and then figuring out a set of policies that are directed at making sure the pie is allocated in a fair way is a much better strategy than seeking, for some other reason, to slow the growth. I think the best course is not to be an ostrich and pretend we can ignore disruption. Too many people do that.”

He pointed to the comments from current Treasury Secretary Steven Mnuchin, who said the Trump administration wasn’t concerned about robots.

“I was shocked and appalled when the treasury secretary said that artificial intelligence destroying jobs wasn’t on the radar screen of the administration because it was 50 to 100 years off,” Summers said. “I thought that was an extraordinary and clueless statement, but having said that, I don’t think simply trying to resist or stop technology is a viable strategy. I don’t think it would be a viable strategy if it was adoptable on a global basis, but it’s even less viable for a single country in international competition.”