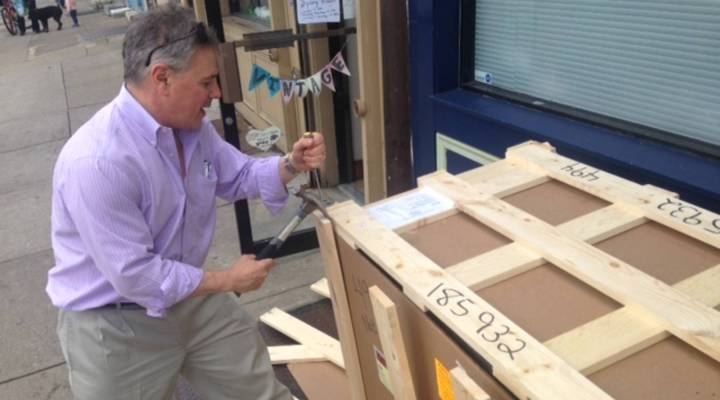 Republicans have called it quits for now on any plans to do away with Obamacare.

But while it may remain the law of the land, President Trump and GOP leaders in Congress don’t want it to stay that way.

That’s a lot of uncertainty for small business owners like Dr. Vicki Bralow and her husband Dr. Scott Bralow to handle. The couple is less than a month out from opening up their joint primary care office in Philadelphia. Until now, Vicki co-owned a practice downtown where she voluntarily offered her employees insurance.

Vicki’s old business is one of nearly 2 million nationwide that employs three to nine workers, by far the group of companies most vulnerable to Obamacare premium spikes.

Vicki had hoped Republicans in Washington would do something to bring those costs back down, making it cheaper to staff up her new business.

“Most small business owners run things pretty bare bones. It’s not like we’ve got doughnuts in the waiting room,” she said. “I don’t know where I’d turn it back, you know? Turn the heat down more. At what point do you say we’ve got to take the big expense and make a cut to it, and that’s health care?”

Now Vicki and the rest of us are on hold. Until whatever happens next in Congress happens, a whole lot of small employers will continue to push for Obamacare’s repeal.

The National Federation of Independent Business endorsed the Republicans’ plan, arguing that it would have delivered more predictability and lower costs. But other business groups, like the Main Street Alliance, want the GOP to fix Obamacare, not let it explode.

Remember, company owners are both employers and individuals.

“For us it just means we are able to not spend $20,000 to $30,000 on health care, and that’s money you can put into your business,” said Ashley Montague, who co-owns the Penn Book Center in Philadelphia with her husband, Michael Rowe.

Obamacare cut their family premium in half initially, and all the guaranteed coverage — the same stuff that drove premiums up for Vicki — was a huge relief for them. Michael said it’s given them peace of mind at a time when the threat of Amazon forces them to restructure their business.

“You know, we have plans that we can grow. But the idea that we could do that is dependent on the ACA,” he said. Michael said their income will slip enough that the family should qualify for insurance subsidies next year — a sweet safety net for the pair as they walk this business high-wire.

Different businesses have their different Obamacare stories. But for most companies, the ACA is really a bit player.

“The big issue is that cost continue to go up every year, and that chips into an employer’s budget,” said Matt Rae with the Kaiser Family Foundation.

More than 10 years before Obamacare, Rae said small business owners started walking away from providing coverage. According to Kaiser data, in 2000, 66 percent of businesses with three to 49 workers offered benefits. Today it’s eroded away to 53 percent. Rae said the ACA didn’t really impact that trend.

For 30 years, the Federation of Independent Business said the cost of health insurance has been members’ No. 1 concern. That cost — not Obamacare — is the main character in this story.