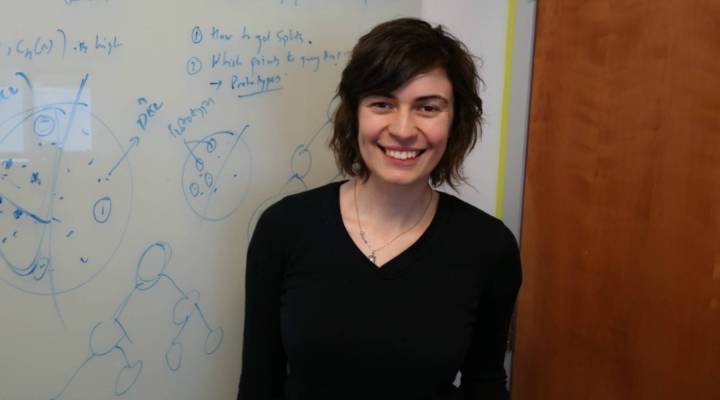 The way the Trump administration sees it, the move to harden our borders is about national security and preserving jobs in the U.S. But moving forward, the real competition for work may come from machines, software and robots. Some jobs will be replaced, some jobs will be changed and some jobs will thrive.

Dave Rollinson is in that third category. Five years ago, Rollinson was a graduate student at Carnegie Mellon University studying snake robots used for search and rescue. Now he’s a co-founder of HEBI Robotics, a startup that makes electronic building blocks that serve as the shoulder, elbow or knee of almost any robot someone might construct.

“We were kind of inspired by Lego,” Rollinson said. “We want to get to the point where people can put these together as easily and intuitively as Lego.” If HEBI can manage to do that, there could be a big payoff. But for now, his No. 1 worry is finding people with the right skills to hire.

“You’ve whittled your set down to probably, like, a handful of people in the world that can really do what it is that you’re trying to do,” Rollinson said. “It’s probably our No. 1 concern as we grow is just finding the right people.” Across town, at Rollinson’s alma mater, they see it this way, too.

“This is the real concern,” said David Bourne, principal systems scientist at CMU’s Robotics Institute. “It’s not what jobs robots are going to steal, it’s that people aren’t going to be ready to do the jobs that they need to do.”

Bourne said the bottleneck might be lack of faculty. Many potential teachers with robotics skills are being swallowed up by private companies, like Uber, which hired away four CMU professors and 36 researchers to work on its self-driving cars.

“Just to give you an example, in one of our programs, we had 600 applications and there were 40 spots,” Bourne said. “That should give you pause. You know, there’s a lot of people that can’t do the field they want to do.”

Anca Dragan is one of those select few who can. Originally from Romania, she earned a graduate degree from Carnegie Mellon’s robotics program and now researches the interaction between humans and robots at University of California, Berkeley.

“It was just what I was passionate about. I loved math and I did math competitions,” Dragan said. “I was raised in a country where math is, like, our national sport.” Her early inspiration was a book on artificial intelligence that she came across in high school, co-authored by Berkeley professor Stuart Russell.

“Now, I get to be a colleague of Stuart’s, and he’s just a few offices away,” she said. “It’s really interesting to think of where I was in 12th grade and sort of the luck that I have now.”

“Luck” in the sense that you make your own luck, but also the luck of being born in Romania, a country that honors math and science achievements. The question is can the U.S. change its culture and rewire its economy to make these skills available to the many, rather than the few?

Check out the most and least automatable jobs in America.
Correction 4/11/17: A previous version of this article misstated the number of faculty that Uber hired.