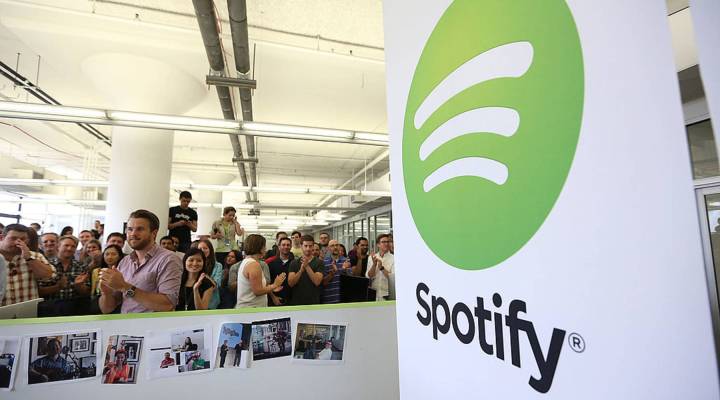 Typically, when a company is ready to sell stock and go public, it heads to Wall Street for an initial public offering.

But Spotify has a different idea for going public. The Wall Street Journal reports that the music streaming service is considering a “direct listing.”

What’s a direct listing? It’s like opening a store and hoping people will just drop by, said Kathleen Smith, principal of Renaissance Capital. “The store is open, but you don’t have anyone marketing or setting up meetings,” she said.

“It’s kind of a casual approach versus a structured underwritten offering.” That means everyday investors don’t have to wait for the big players before they can take their cut. The stock price would be based on supply and demand.

Direct listings are rare, according to Luke Taylor, assistant professor of finance at the Wharton School of the University of Pennsylvania.

“So rare that I have never taught direct listings when I teach about IPOs,” he said.

Why would Spotify or any other company go the direct listing route?

“They’re going to pay their investment bankers less fees, and they’re going to leave less money on the table, because they’re not going to be selling shares at an artificially low price,” Taylor said.

There are, of course, downsides for a company that takes the direct route.

“The stock does carry a connotation of not conforming to what Wall Street standards are, and it could be construed to be somewhat of a negative,” said David Menlow, president of IPOfinancial.com.

That means companies might have to work harder to persuade stockholders to make a long-term investment.