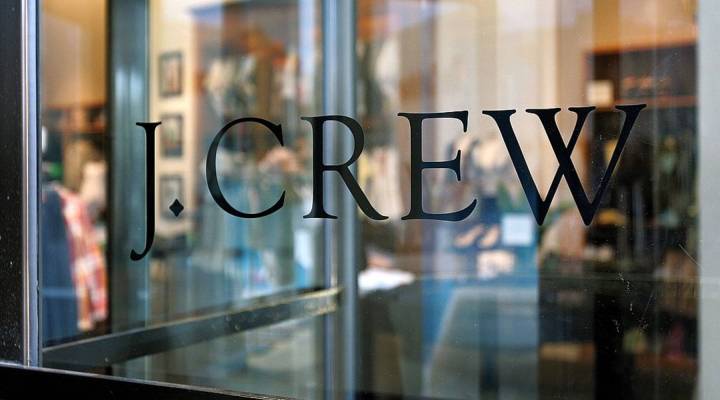 The two names in fashion news today are J.Crew and Jenna Lyons. After 26 years at the company, most recently as president and creative director, Lyons announced she’s leaving.

Kai Ryssdal spoke with Wall Street Journal contributor Elizabeth Holmes to get a little context. Below is an edited transcript of their conversation.

Kai Ryssdal: So what happened with J.Crew? They used to be all that?

Elizabeth Holmes: They sure did. They have a very loyal fan base. And the problem is, that fan base has stopped shopping with them. It’s a unique, sort of, brand in the mall landscape in that a lot of people really care about J.Crew. They have really strong feelings, they really want to shop there. They’re going to the stores, and they’re just not finding anything for them. And it’s a combination of a couple different things. The style, for sure, has been off for a lot of shoppers. But also quality and price and sizing. So, they’ve been struggling for a couple of years now, and the departure of Jenna Lyons just shows that their struggles are going to continue.

Ryssdal: I have to tell you, within minutes of this news breaking, I got two emails from folks here at Marketplace. One said, “Well they ruined the cardigan sweater,” — J.Crew did. And then one said “Ah, they ruined ballet flats too.”

Holmes: See? Those are their two staples. Throw in a pencil skirt and you have a whole outfit.

Ryssdal: Michelle Obama, for crying out loud, was wearing J.Crew six years ago or whatever it was.

Holmes: I would say that was their high point. Jenna really resonated with a lot of shoppers. She had this very feminine, sort of, embellished quality about her. She was known for wearing sequins and fur and things like that. And people, especially women, were really attracted to that. And then as she sort of evolved and became very popular within the high fashion set, her fashion got a little more out of reach, let’s say. She went a sort of geek chic route and was known for wearing those thick-framed glasses and a really bold lip. And a lot of people, while they admired that style on her, shoppers didn’t necessarily think they could wear it themselves.

Ryssdal: I read a piece this morning — Quartz I think it was — that pointed out that Jenna Lyons was more about attitude than straight-up fashion. Does that make sense?

Holmes: She really could mix a high-low look in a way that a lot of people hadn’t several years ago. You know, she wore a denim shirt to the Met Costume Gala. And everybody sort of went nuts for that. And it’s great to see that on someone else. [But] it can be a little intimidating when you want to put it together for yourself. And when you’re a retailer, you have to sell people on that look. And you have to help people think that they can pull it off, too. And I don’t think a lot of shoppers thought they could.

Ryssdal: Jenna Lyons has left after 26-something years, but Mickey Drexler, the CEO is still there. What does the future hold then for J.Crew do you think?

Holmes: You know, they’re lucky in that they have shoppers that really care, they have shoppers that are really rooting for them. And so I think there’s still a lot of potential for the brand. Where they go from here will be very interesting to see. It’s notable that they’re not replacing her in her exact title, they’re bringing up someone from the Madewell ranks who has run their women’s fashion for a while now. They’re not looking for a face of the brand, which I think is pretty smart, because when there’s somebody who’s so synonymous with a brand like Jenna was with J.Crew, it’s hard to think of one without the other. And so when one goes in one direction, the other goes in that direction. And so I think it’s wise of J.Crew to say, “Hey, listen, we’re gonna go like a lot of our competitors and just be a brand,” and not necessarily have a face attached to that and see how that works.