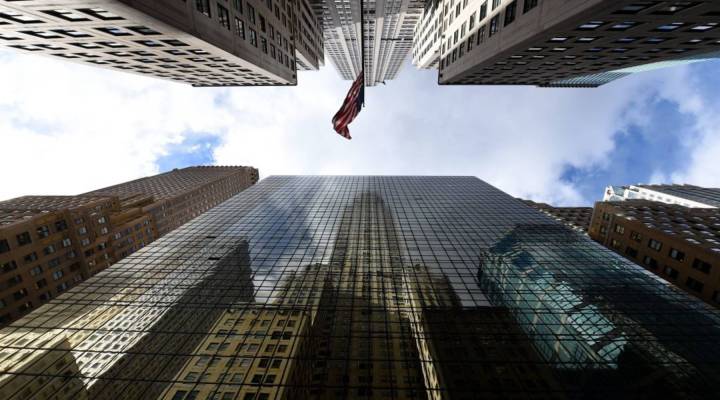 Facebook recently introduced a crowdfunding feature called Personal Fundraising hoping to emulate successful crowdfunding platforms like GoFundMe. But crowdfunding has also become a popular source of financing for real estate developments. It exploded onto the scene since 2012 when the federal Jumpstart Our Business Startups (JOBS) Act, changed the way individuals could invest in projects or companies. Rodrigo Niño is founder and CEO of a platform called Prodigy Network, which uses crowdfunding to build commercial real estate, like the tallest skyscraper in his home country of Colombia. Marketplace’s Molly Wood talked with Niño about crowdfunding. Below is an edited transcript of their conversation.

Molly Wood: Tell me how you got interested in this funding model and what it means to you.

Rodrigo Niño Yes. Essentially, crowdfunding means democratizing access, in our case, to large-scale commercial real estate assets. And this is possible because of the JOBS Act which essentially opened public solicitation to accredited investors. So, in a way, it is public access to former private offerings which is the first time it has happened in over 80 years— since 1933 actually.

Wood: So how does it work for investors? They become a part of a project and are they then long-term investors with equity in that project?

Wood: So, when you describe it, it sounds like a slightly more complicated way to build a building. Do you find that it is easier or is it more of a philosophical choice?

Niño: I have to say that it is different because you would argue that traditional equity funding is easier because you deal only with one institution that gives you a check for the total equity that you require for a building, and you don’t need to deal with thousands of investors like we do. On the other hand, the top-down approach was one of the bigger issues in the crisis of 2007. We learned that the model of giving your money to experts that would know better didn’t work. So we like to believe that we act as curators of that collective wisdom of the crowd, and that they need to understand what they do.

Wood: Right. And you also have been known to crowdsource designs right building designs and architecture.

Niño: Yeah, we believe that if they can help us crowdsource the design based on what the needs will be, even better.

Wood: So, you were obviously one of the first to be doing this in the United States. Now there are hundreds of companies doing crowdfunding in some way. How do you see the model spreading and competition growing?

Niño: I think that the model will spread and because this industry was ripe for disruption. You know, I think that the commercial real estate industry in the United States is even larger than the stock market. And now, thanks to technology and the JOBS Act, I believe that the public has access to incredible assets because it’s very understandable and very predictable. If you think about it, people cheat and lie and bricks don’t. So, that was exclusive to a select few, and now it is available to everybody.

Wood: Rodrigo Niño, thank you so much for your time.