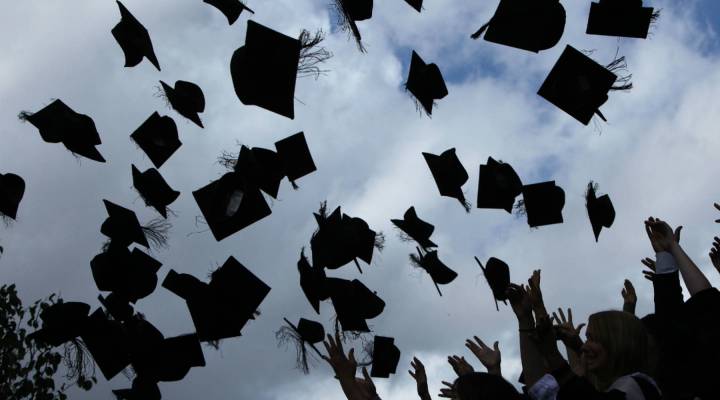 There seem to be a lot of pluses for the economy right now. Unemployment is down, firms in some industries are hard-pressed to fill jobs and wage growth appears to be inching upward.

But not everyone is feeling gains, particularly in the wage department. According to a recent report from the Economic Policy Institute, the bottom half of wage earners with college degrees have lower wages than they did in 2000 or 2007.

So how is it that many college grads are making less than they were over 10 years ago?

“What we’ve seen is a pulling away of the very top, and that’s been growing wage inequality, income inequality, wealth inequality,” said Elise Gould, an EPI senior economist and author of the report. “By any measure of economics, we’ve seen this growing inequality happen. And what that means is that the vast majority of workers have really not seen gains in wages over the last several years, and that affects college grads too.”

Breaking down wage growth by degree

From 2000 to 2016, those with advanced degrees saw the strongest wage growth at 8.5 percent. Those with college degrees did see overall wage growth of 6.9 percent, even though half earned lower wages than in 2000 and 2007. And those in the “some college” category, which includes people who have an associate degree or completed part of a four-year college degree, saw their overall wages dip by 1.7 percent since the turn of the century.

The top earners keep earning. Those with the highest wages are experiencing the fastest wage growth, seeing an almost 20 percent change since 2000. From 2000 to 2016, the 95th-percentile wage grew four times faster than wages for the bottom 70 percent of wage earners, according to the EPI.

“What we’re seeing is a continuation of the trend we’ve seen really in the last 30, 40 years,” Gould said. “The pulling apart of the wage distribution where workers at the very top are the ones that are seeing the gains to a growing economy.”

But despite the uneven gains happening with workers, Gould argues that we could see some trends reverse. The unemployment rate has come down very sharply after the recession.

“As that happens, we will see that translate into more broad-based wage growth. We saw that most strongly in the late 1990s and 2000,” she said.