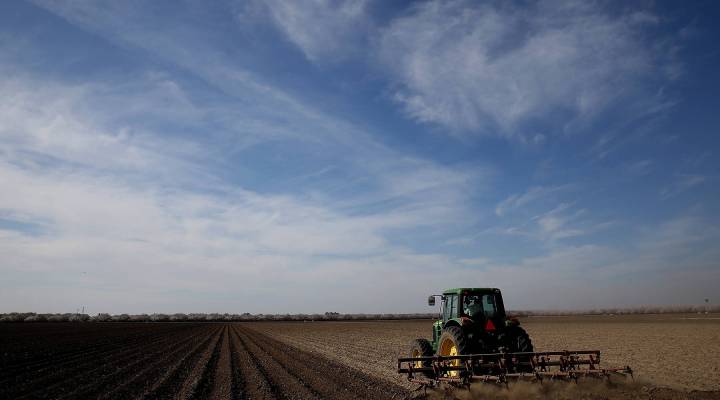 In some rural parts of the U.S., there is a bitter divide emerging between farmers and a tractor company over software. Tractors these days are not your grandpa’s tractors — they come with sophisticated software. Farmers say this technology locks them out of their equipment so they can’t fix it themselves, which is why they’re jailbreaking their tractors using bootleg software. This is something Jason Koebler has written about for VICE’s tech website Motherboard. He spoke with Marketplace’s Sabri Ben-Achour about how farmers are asserting their right to repair their own machines. Below is an edited transcript of their conversation.

Sabri Ben-Achour: Jason, describe the problem at the root of all this.

Jason Koebler:  So the problem is that a tractor has a lot more moving parts than your iPhone, so if the transmission breaks, farmers are really used to fixing it themselves. They’ve been doing this for hundreds of years. What John Deere has done is they’ve locked down a lot of the parts in their tractors so that only John Deere authorized dealerships can repair them. So you can imagine that would be really annoying if you’re a farmer in Nebraska harvesting your crops, something breaks down and you have to wait for a dealer to come out and fix something that you’ve been fixing yourself for years.

Ben-Achour: And expensive I bet…

Koebler: Very expensive. So John Deere charges a couple hundred dollars just to go out there and then $130 per hour to fix it and often the repair is actually done by the farmer themselves but then John Deere comes out there and connects via USB port to authorize the repair essentially.

Ben-Achour: So tell us about these murky online forums where farmers are trying to get around these software locks.

Koebler: Yeah, so farmers are an inventive and creative bunch so they are hacking their tractors and putting cracked software onto them so they are then in control of them again. What they’re doing is they’re going online, finding people who have cracked the software — often it’s Eastern Europeans — like I kept hearing Ukrainian software and Polish software, and so I went searching for this stuff.

Ben-Achour: What did you find?

Koebler: Well, what I found was a forum which sent me to a tractor parts website, and it said “here’s a USB key that you can buy,” like it was a physical part. So I bought the part and then I got an email saying “here’s a code to join the forum.” So it was a dummy part, like there was nothing there.

Ben-Achour: So when you get onto these online forums where people are trying to figure out how to jailbreak their tractors, what are some of the problems that you find farmers are trying to fix?

Koebler: So I joined the forum and searched John Deere, and on the forums it’s just a lot of like, “has anyone figured out how to reverse engineer the USB key that goes into the tractor itself so that I can actually put this software onto the tractor from my computer?” So the problems that they’re facing are: they feel like they have bought a product and they should be able to do what they want with it. This is a movement called the “right to repair” movement. And it affects tractors, it affects air conditioners, it affects appliances, it affects your smart phones, and we’ve seen this across a lot of industries where the manufacturers of products will lock them down in hopes of monopolizing the repair market.