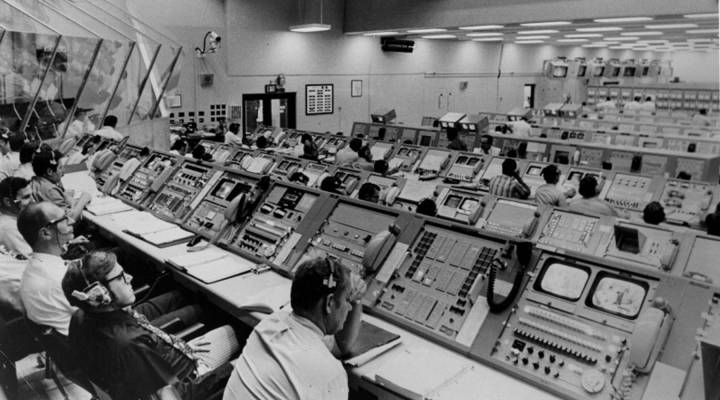 The federal government’s tech workforce skews older. As its IT employees retire, they could be hard to replace — it’s difficult for federal agencies to attract young tech workers.

You can see the federal IT worker shortage playing out on your computer screen. The Information Technology and Innovation Foundation, a tech think tank, analyzed almost 300 of the most popular federal websites, looking at security and speed, and whether they’re mobile friendly and accessible for the disabled.

“Of those approximately 300 sites, 92 percent of them failed at least one of these core benchmarks,” said Daniel Casdro, the foundation’s vice president.

It doesn’t help that some of the underlying government computer systems are more than 50 years old, with graying federal tech workers helping them limp along. Just how gray is the federal IT workforce?

“We now have almost five times as many people over the age of 60 as under the age of 30,” said Max Stier, president of the Partnership for Public Service.

And a large number of those aging federal IT workers could decide to retire anytime. The federal government can’t pay as much as Silicon Valley giants competing for the same tech talent. The federal hiring process is complicated and slow, and then there’s President Trump’s temporary hiring freeze. Stier said it sends the wrong message.

“People have questions,” he said. “They assume that the government can’t be hiring people, and therefore there aren’t opportunities for them.”

“That would absolutely attract thousands of individuals from across the country to come work for the federal government on that problem,” McMahon said.

McMahon said some of the tech fellows were so eager to work in Washington, they made the ultimate sacrifice: swapping their hoodies for a suit and tie.