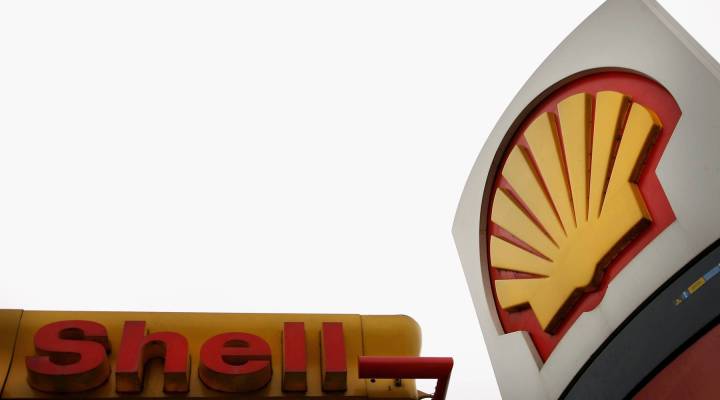 An insider says pollution from a Nigerian oil spill in a pipeline owned by Shell’s parent company remains “astonishingly high” nearly a decade on.

In 2008, two Shell pipelines burst in a part of Nigeria known as the Bodo community. Local villagers asserted in court that the amount spilled equals that of the Exxon Valdez tanker disaster from 1989.

Shell settled a lawsuit with Bodo villagers. But even now, the soil remains “soaked with hydrocarbons,” according to Kay Holtzmann, an independent consultant hired for the cleanup project overseen by a stakeholder group known as the Bodo Mediation Initiative. Holtzmann shared his concerns in a January 2017 letter to Royal Dutch Shell and other parties. Marketplace has obtained the letter, which cites ground samples in the spill area.

“The results from the laboratory were astonishingly high, actually the soil in the mangroves is literally soaked with hydrocarbons.”

An attorney representing the villagers, Daniel Leader of the London-based firm Leigh Day, has visited the site multiple times and confirmed the description.

“Everything I could see was blackened by oil,” Leader said. “There was barely a leaf on a mangrove or on a tree left.”

In his letter the consultant, Holtzmann highlighted concerns about the health of people living nearby:

“Whoever is walking in the creeks cannot avoid contact with toxic substances.”

“The results dictate the need for a health screening of the Bodo people.”

“Typical expositional scenarios that might lead to an incorportion of toxic substances would be children bathing in the creeks or people working there without Personal Protective Equipment – PPE. But also indirect exposure via the consumption of contaminated water from hand dug wells might be relevant.”

Holtzmann, a geologist, sought to publish the oil pollution data in a professional journal, but a Royal Dutch Shell official told him “you are not permitted,” according to the letter.

The episode raises a broader issue of corporate transparency, said independent investment analyst Paul Bugala. He said the cleanup could cost $1 billion, but it’s unclear to investors and the public if Royal Dutch Shell is on the hook for any of it.

“Investors don’t have the information necessary to understand how Shell is responding to that,” Bugala said. “That’s material, and would be strong indication of whether those operations are profitable or not.”

Holtzmann, the consultant, ended his letter this way:

“I think it would be the obligation of the BMI [Bodo Mediation Initiative] to take care of the issues I have described above demanding a medical mass screening not only of the Bodo people but for all possibly affected residents in the communities around. The outcome of the diagnostic results would enable the configuration of adequate measures to protect the people and could enhance efforts to improve the ecological situation and perspectively reboot activities for the restoration of the mangroves. Your valuable answer will be highly appreciated.”

Read the full letter letter below.