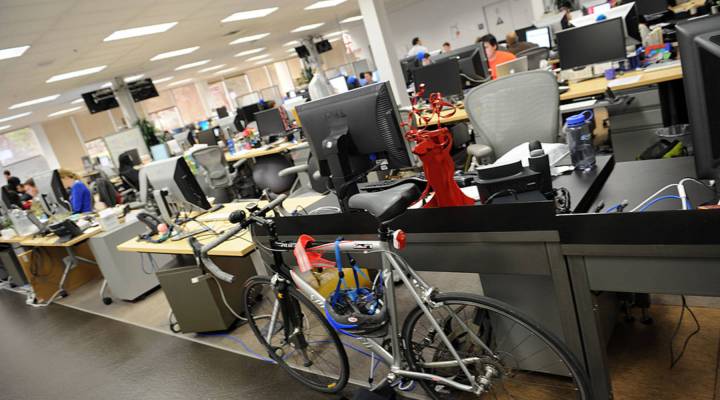 COPY
If inequality isn't fixed, "Women get shut out of one of the most exciting, attractive fields to work in," Liza Mundy says. GABRIEL BOUYS/AFP/Getty Images

If inequality isn't fixed, "Women get shut out of one of the most exciting, attractive fields to work in," Liza Mundy says. GABRIEL BOUYS/AFP/Getty Images
Listen Now

Liza Mundy’s cover story in the current issue of The Atlantic, “Why Is Silicon Valley So Awful to Women,” draws on a long history of sexism in high tech and in Silicon Valley in particular.

Host Kai Ryssdal spoke with Mundy about why many of the biggest tech companies in Silicon Valley need to do better when it comes to hiring women, why age-old biases against women come into play and what fewer women in tech means in the long run. Below is an edited transcript of their conversation.

Liza Mundy: Well, you know, it’s still the case that women are not represented in computer science at the levels that they are in other sciences. The number of women going into many other areas of study and the science has gone up. It’s gone down in computer science. But some of the major computer science programs, like Stanford, like Harvey Mudd College, have significantly upped their number of female computer science majors, so it is changing. And many of the big companies in Silicon Valley that are extremely attractive places to work really should be doing better than they are and really should be able to attract, I would say, a disproportionate percentage of the pipeline, and yet are not.

Ryssdal: Are they? Is it trying to change? Do you take them at good faith?

Mundy: Well, yes. I mean, I think that companies would like to change. Many of them would and are looking for different kinds of fixes. But I think, obviously, the desire for change varies across the board.

Ryssdal: Is tech different then, say, I don’t know, law or getting a Ph.D. in ancient European history or something?

Mundy: One of the disparities in computer sciences, is there’s really interesting social science showing that fields that fetishize genius and brilliance are, that there’s this tendency to hang on to the idea that men are more likely to be born brilliant and that fields like computer science and also math and philosophy that sort of fetishized this idea about the importance of genius and brilliance are harder for women and for people of color to make inroads in because of this kind of stubborn idea that, you know, men or white men are more likely to be geniuses. And I think that’s really interesting body of research and it’s not true.

Ryssdal: All right, so the idea you just alluded to there about unconscious bias and the fact also that I interrupted during that question gets me to this, actually. Well, a lot of people are going to hear that they’re going to go, “Kai, you moron, you’re interrupting the female interviewee.” And that’s part of this next question, which is the exploration of unconscious bias in Silicon Valley has now been raised to both a profitable but also very necessary art form.

Mundy: Exactly. So there’s a really interesting and many, many studies now showing that in tech as elsewhere women are more likely to be interrupted in meetings, more likely to have their ideas dismissed as in other fields. You know, when women become parents, they are seen as less committed to their work, whereas men are seen as more committed to their work when they become parents. And just as you said, it’s becoming a profitable industry for consultants, diversity consultants to give unconscious bias or implicit bias presentations. And the danger is that if a company has something like that once a year, it sort of looks good and sounds good, but it’s not going to change things, and it might actually make things worse.

Ryssdal: What happens then, do you suppose, if not that they don’t fix it, right, because you have to assume, just in the course of time, that this will get fixed and ameliorated. But what happens if it takes a long time?

Mundy: What happens is women get shut out of one of the most exciting, attractive fields to work in. Will tech itself be affected? Will the products be somehow less desirable? Some would make that argument.

Ryssdal: Liza, thanks very much. 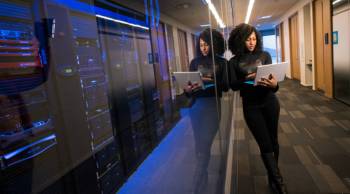