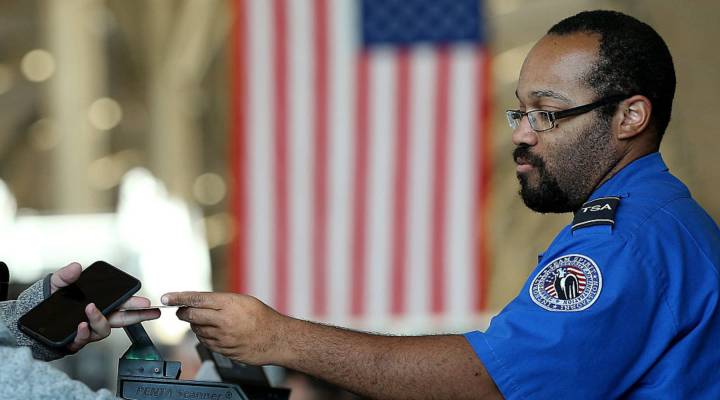 There’s news today of another travel-related ban from the Trump administration, but this one impacts what happens when you get on the plane. Passengers coming to the U.S. on direct flights from eight countries in the Middle East and North Africa will not be able to carry anything larger than a smartphone on the plane.

Administration officials cite security for the new travel restrictions, but they didn’t point to any specific threat. Some of the people who will be most impacted are business travelers, and it’s also not good news for airlines in the region.

Twice a month, Danny Sebright travels from Washington, D.C., to the United Arab Emirates for business.

“And I immediately first thought was, ‘Well, how am I going to fly back and forth to do my business in the UAE and not be able to use my laptop on the 14-hour flight each way?’” he said.

As the president of the U.S.- U.A.E. Business Council, Sebright typically spends those hours in the air writing memos and sending emails. From now on, his thumbs will be doing all the work on his iPhone.

The restrictions could cost airlines like Qatar and Emirates some of their best travelers, said George Hobica, founder of airfarewatchdog.com.

“The business traveler is the cash cow for these airlines,” Hobica said.

“If I were a business traveler, I would not allow my laptop to be put in the cargo hold,” Hobica said. “Absolutely not.”

Hobica thinks many travelers from the countries included in the ban will change their routes to connect in Europe.

“I’m sure that the CEOs of Delta, American and United are jumping in the aisles right now,” he said.

For years, U.S. carriers have complained loudly about the subsidies Middle Eastern competitors get from their governments. Samuel Engel, who runs the aviation group at the consulting firm ICF, said over the last decade, long-haul routes from the Middle East to the U.S. have increased dramatically.

“What they’ve really been affecting is the traffic that previously used to connect over Europe and also the traffic going between the U.S. and other points in Asia,” Engel said.

Engel said the device ban could potentially tip the competitive balance a bit.

An earlier version of this story misspelled Danny Sebright’s last name. The text has been corrected.