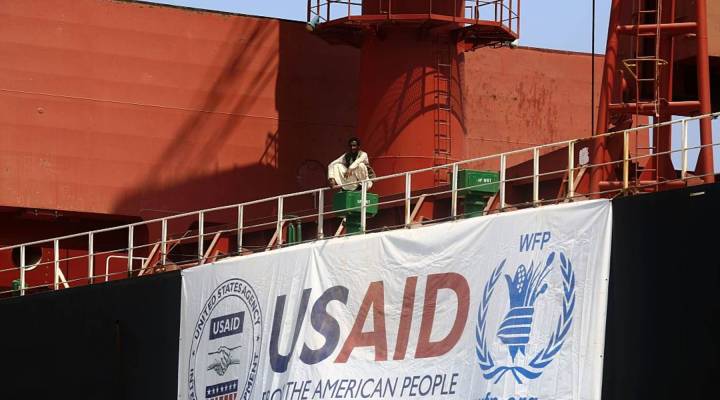 The idea that the United States spends too much on the rest of the world is a consistent theme from President Donald Trump.

Right there in the introduction to his budget proposal, he writes, “It is time to prioritize the security and well-being of Americans, and to ask the rest of the world to step up and pay its fair share.”

Trump’s wants a 28 percent cut in foreign aid funding. Some areas would go untouched — U.S. assistance to Israel, for example. But Trump is playing to a strong feeling among Americans that we spend large parts of our national budget on international programs. That’s a persistent belief.  And a false one.

Guess how much of the U.S. budget is spent on foreign aid. Go ahead.

“When we ask the public to give us their best guess, we find on average they tell us 31 percent,” said Bianca DiJulio, associate director of public opinion and survey research at the Kaiser Family Foundation. “The actual amount is 1 percent or less.”

The idea we spend 31 percent of our budget on foreign aid is not just wrong, it’s like, ‘Are you kidding me?’ wrong.

“It’s extremely persistent,” said Dustin Tingley, professor of government at Harvard, said this misperception goes back to the 90s at least. Tingley said people don’t think about the other things in the U.S. budget like Social Security.

“The consequences of foreign aid are often seen as very distant — money going to some foreign land for some vague purpose not communicated well to the American people,” Tingley said.

“I would say the majority of it helps us strategically and economically,” Kleinfeld said.

“Think about it this way, of our 15 biggest trading partners today, 11 used to be recipients of U.S. aid,” she said.

“In the case of a famine in Somalia where there is just no water, we are trucking water into the schools,” Kleinfeld said.

Nancy Wilson, president of Relief International, said her organization receives funding from the U.S. government, among other places, to do development work.

“We have families with several children where they have to decide which child is going to eat on which day because they don’t have enough to feed everyone,” Wilson said.

Compared with other countries, the U.S. gives the most money. But when you compare by what percentage of our budget we give, we’re 19th in the world.