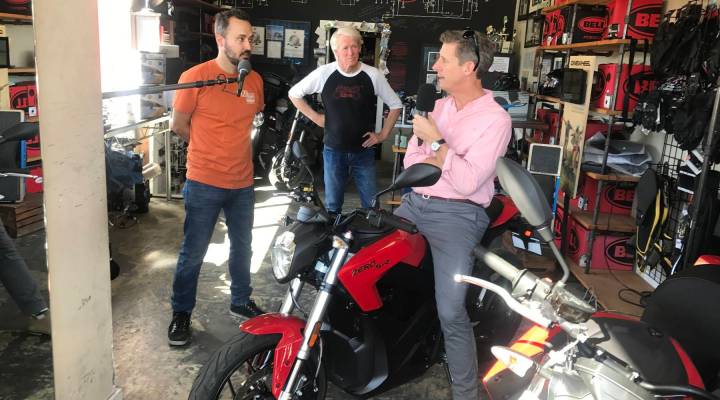 Flagg said the Zero brand SR model he carries in his shop will do zero to 60 mph in about three seconds. And torque specs put it on par with “any super bike out there,” he said.

One major factor holding the industry back? Flagg admits the charging infrastructure isn’t there yet, but he doesn’t think that will last for long.

“I mean, we already have electricity everywhere, it’s just a matter of getting these charging stations installed,” Flagg said.

In the meantime, major legacy manufacturers such as Harley-Davidson and Polaris have plans to enter the electric motorcycle market.

As for his own bike, Flagg said he’s been riding the same electric motorcycle for four years now.

“It just kind of shows that the technology was there four years ago,” he said.